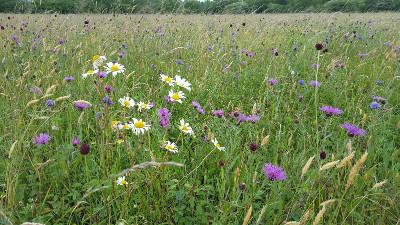 Vicky Bowskill, a PhD student in the OU’s Faculty of Science, Technology Engineering and Mathematics, is researching the timing of hay production so that meadows and livestock can remain healthy.

“Meadows are a fantastic place to see an abundance of wildlife, but they’re not as wild as you might think; they’re an ancient part of our agricultural landscape that has evolved from the need to produce hay to feed to livestock,” she said.

The effect of haymaking on meadows

Aware of the fact that since World War II, some 97% of our precious wildflower meadows have been lost, due to agricultural intensification and changes in land use, Vicky is looking at how the timing of haymaking plays a vital part in successful meadow management.

She is investigating whether modern haymaking has a different impact on sensitive meadow species, with hay often cut later to protect ground nesting birds, and modern machinery allowing large areas to be covered much more quickly.

Cutting hay later is perceived to make a lower quality crop, with nutrients thought to fall as the summer goes by. There is a need to better understand how the nutritional and medicinal content of hay changes during the growing season to bring the production of a valuable hay crop back into balance with biodiversity conservation and this is where her research is focussed.

She conducted a survey of farmers and land managers this spring which demonstrated a significant interest in the way that the timing of haymaking affects both meadow species, and the mineral content and plant medicinal compounds in the hay crop that their livestock need to be healthy and productive.

Vicky has now begun to collect hay samples for analysis and will be doing this throughout the growing season for the next three years to better understand this important issue.

“With a changing policy landscape and focus on sustainable food production, it is more important than ever to see how our hay meadows can continue as part of a sustainable, nature-friendly farming future,” she said.

Watch the video to hear what inspired Vicky to do her research:

Find out more about OU research into the environment 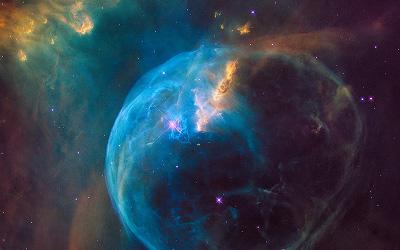 OU researchers have received funding to test the results of applying a nano-black coating to space sensors so that they can take better images.