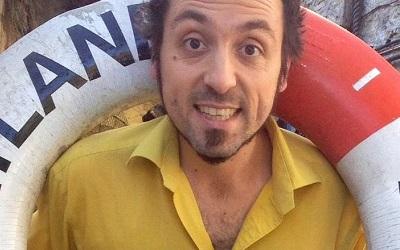 Have you ever asked yourself the meaning of home? What does it mean to have, to create, to be, or to feel at home? How do different communities and individuals – migrants, refugees, minorities, the differently abled, the young, the old, those with and without physical homes – interpret the meaning of home? What can their distinct interpretations tell us about the meaning of dwelling, inhabiting, and creating a home in a world of instability, inequality and flux? It is argued that "dwelling is not primarily inhabiting but taking care of and creating that space within which something comes into its own and flourishes". Martin Heidegger, from ‘Building, Dwelling, Thinking’, in Poetry, Language, Thought (1975).

The free, open discussion offers participants to discuss the meaning of home in the 21st century globalised word.

Richard DeDomenici specialises in urban-absurdist interventions which strive to create the kind of uncertainty that leads to possibility. In 2016 he remade scenes from Superman IV: The Quest For Peace at International Festival: Milton Keynes, and this summer The Redux Project will visit DocFest, The Great Exhibition of the North, and the Festival of Thrift. His touring installation Shed Your Fears debuted at Tate Modern in 2017.