Day 159, Year of #Mygration: From Syria to Scandinavia - Navigating the Refugee Reception Crisis 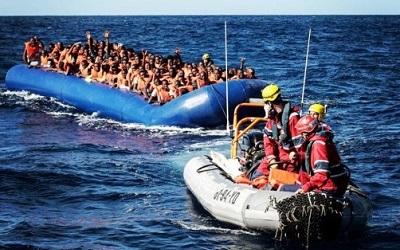 Since 2015, Europe’s so-called refugee crisis has been the centre of intense debate. But what if we began to look at it another way: as a refugee reception crisis? Rather than a crisis in the movement of people, should EU states have been more pro-active in supporting those mobilising through borders? And what is the impact of current border policies on people seeking asylum in Europe?

In only two months, between June and July of 2018, approximately 700 people have drowned trying to make their way to Europe. That brings the total lives lost at sea in Europe to between 8000-13,000 since 2014 alone. At the same time, immigration laws and access to asylum and safe passage are made increasingly difficult, and reunification restrictions keeping families torn apart across a continent.

In this podcast, Dr. Victoria Canning speaks with Alaa Kassab and Karam Yahya about their experiences of working in and on borders. Both from Syria, Alaa and Karam were unable to live in the country as Assad’s regime intensified. Even prior to their own move to Europe, each had experience of working with people living in refugee camps in Jordan, before going on to aid in efforts to rescue people in the Mediterranean and work in refugee camps across Europe.

In this discussion, Alaa, Karam and Victoria cover many points of contention, including the EU-Turkey deal; the criminalisation of migration; the impact of labelling of people as ‘refugees’; the documentary ‘Sea of Sorrow, Sea of Hope’; and what it is like to work rescuing people when many other European states turn a blind eye to the endemic loss of life at sea.

Listen to the podcast on The Open University's Innovation, Knowledge and Development Website