Day 227, Year of #Mygration: Welcome to the UK! How long will you be staying? 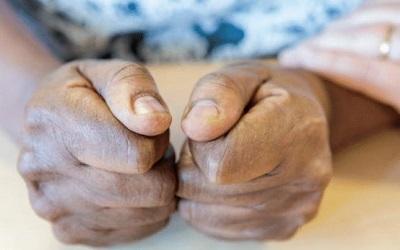 In today's blog post, Jo Vincett, an OU PhD Student based in the Faculty of Business and Law, shares insights into her research coupled with her learning as a befriending volunteer at Yarl’s Wood Immigration Removal Centre. She outlines the current state of affairs of immigration-related detention in the United Kingdom and the impact on the wellbeing of detainees in immigration removal centres.

Detained migrants and asylum seekers are a forgotten group in British society, made isolated and vulnerable by the state’s policy of indefinite detention. In my research findings, participating volunteers critiqued the immigration detention regime as an act of ‘dehumanising’ individuals in a ‘hostile environment’.

This month marks the seventeenth year since Yarl’s Wood Immigration Removal Centre was purpose-built as part of the UK government’s expansion of the detention estate, one of the largest in Europe. My immersive ethnographic research with Yarl’s Wood Befrienders (YWB) explores the lived experiences of volunteer visitors who practice compassion and emotional resilience while befriending migrants and asylum seekers in Yarl’s Wood Immigration Removal Centre, near Bedford, England. In the past three years, as a researcher and volunteer befriender, I have learnt more than just what volunteers ‘do’ to offer emotional and practical support to detained people. I have met people in immigration detention who have been psychologically harmed by border control and confinement under uncertainty. In this post, I reflect on key lessons I have learnt about some of the systemic issues with the current immigration detention regime that impinge on human rights and have lacked public attention.

Here are some things most people don’t know about immigration detention:

Detained migrants and asylum seekers are a forgotten group in British society, made isolated and vulnerable by the state’s policy of indefinite detention. In my research findings, participating volunteers critiqued the immigration detention regime as an act of ‘dehumanising’ individuals in a ‘hostile environment’. Volunteers’ practices of compassion aimed to humanise people impacted by the immigration detention system and to reaffirm their human dignity through befriending relationships. Volunteer befrienders are the eyes and ears of detention, and through exploring their work, we can better understand these hidden and confined spaces that demand our attention.