Online harms and Caroline’s Law – what’s the direction for the law reform? 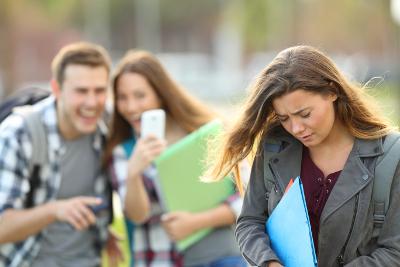 "The UK Government has recently published an Online Harms White Paper: initial consultation response. It is the cornerstone of the Government’s ongoing reform package which aims to address the challenges presented by uses and abuses of digital technologies, especially given the array of harms suffered by individuals in digital spaces. Thus far, the Government’s approach focuses on selected areas of online harms, including: child sexual exploitation, terrorist propaganda, and disinformation.

That said, the current Government approach falls short of addressing online harms in a comprehensive and holistic manner – something we argued in our submission to the Online Harms White Paper consultation back in 2019. In particular, the White Paper appears to specifically exclude online harms suffered by women and girls from its considerations. This is baffling because such harms inflicted on women and girls often arise as a result of online abuse takes the forms of sexualised and/or misogynistic and/or hateful acts. The perceived gender neutrality of the White Paper proposals is a contradiction in terms – rather than being gender neutral in its content and proposed applicability to harms, it is in fact excluding the experiences of women and girls online. By doing so, it renders gender-based harms suffered by women and girls invisible within the proposals. This is a significant omission, especially given the DCMS’s position that the proposals for regulatory framework on online harms are ‘world-leading’ and will create a safer internet for all.

The selective, inconsistent, and hierarchical positioning of harms within the White Paper is illustrative of a much broader – and common – shortcoming in the approach to the regulation of online abuse, especially when committed on social media. The regulatory attempts have been notoriously fragmented and narrowly focused – for instance, focusing exclusively on harms suffered by children and adolescents (to the exclusion of adults), harms suffered as a result of image-based abuse (to the exclusion of text-based abuse) or excluding certain harmful and abusive behaviours from the regulatory framework altogether (e.g. excluding gender as a protected characteristic from the hate crime framework in England & Wales and in Scotland).

As we argued in our book, the normalisation of online abuse – especially when it takes gendered forms and/ or is directed at women and girls – has significantly stalled regulatory efforts as well as the general public’s perception of these abusive and violent behaviours as harmful.  The everyday and widespread nature of online abuses directed at women and girls has become common and is rarely acted upon – be it by the platform providers such as Twitter and Facebook, ‘passive bystanders’, or other social media users. Such general indifference to everyday forms of online violence against women and girls, and the vitriolic abuse directed at them is interrupted by the ‘extraordinary’ and usually tragic events that expose the continuum and harmful effects of online abuse on targeted individuals – typically those with significant presences in socio-political and public life.

Impact of abuse on public figures

It is unfortunate that these tragic events must occur in order to incentivise (legal) reform and calls for attitudinal change. The latter has been most recently illustrated by the proposals for ‘Caroline’s Law’ following the recent tragic death of celebrity, Caroline Flack and, back in 2018, proposals by the then Prime Minister Theresa May to afford politicians special protection from abuse, including its online forms following the reported high levels of abuse suffered by female politicians in the lead up to the 2017 general election. Similarly, the 2019 general election saw a number of high-profile MPs stand-down, and opt out of mainstream public life because of the impact of abuse, harassment, and vitriol that they receive on a daily basis – something acknowledged by the Parliamentary Inquiry into intimidation in Public Life in 2017.

Whilst the proposals for law reform addressing online harms and online abuse are most welcome, the current efforts still represent an incredibly fragmented and selective approach. Equally, whilst there are ever-increasing needs for some form of action to be taken to address these harms, piecemeal and knee-jerk responses should be avoided – because they will not provide relief nor protection for all – and will compound the problems with fragmented responses. For instance, the proposed ‘Caroline’s Law’ suggests an exclusive focus on addressing harms suffered by celebrities and persons ‘in the public eye’ rather than all individuals. Furthermore, the focus on online harms resulting in suicide focus on the production and encouragement of certain ‘content’ online and ‘incitement to self-harm’ rather than addressing the broader issues, need for support mechanisms, and underlying behaviours. Above all else, what has been missing from the debates, and the responses to tragic events, is the gender aspect. This is missing too, in the ongoing debates surrounding online harm reforms. It is impossible to turn back the clock, but by advancing the debates and including gender perspectives in the online harms framework, perhaps the harms can be mitigated."