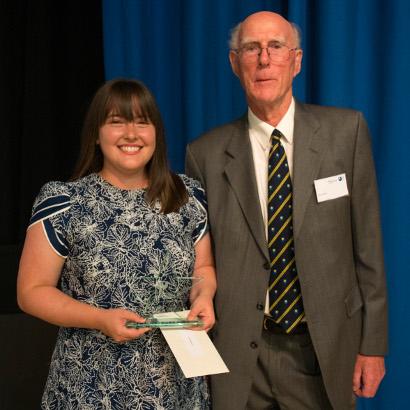 The Early Career Researcher Awards in the OU Research Excellence Awards 2018 were presented to two early career researchers whose research is already having significant global impact.

Dr Jenna Mittelmeier, a Post-Doctoral Research Associate at the OU has been awarded the Early Career Researcher Award. She completed her PhD at the OU and has since published extensively in top-ranked journals like Computers & Education and Higher Education. According to her nominator, Professor Bart Rienties, OU Professor in Learning Analytics, she is probably amongst the top 1% of early career researchers in social sciences in the UK.

She is currently working as an Economic and Social Research Council/OpenTEL funded post-doc at the OU, where she is primarily responsible for developing, testing, implementing, and evaluating large-scale psychological instruments to determine how international students at the University of South Africa develop academic, social, and personal and emotional adjustment strategies.

Dr Mittelmeier is a mentor for many PhD students within the OU’s Institute of Education Technology, and has already acquired several grants to extend her research on internationalisation, which has a direct and positive effect on developing an inclusive, open and culturally diverse environment at The Open University.

The judging panel praised Dr Mittelmeier as a real all-rounder, whose research is already generating substantial impact beyond academia.

Hear what Dr Mittelmeier has to say about her research in the video below: 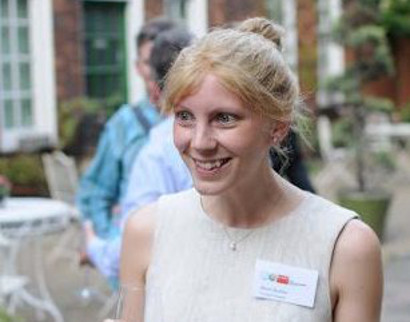 Dr Alison Buckler, an OU Research Fellow in International Education and Development, was awarded runner-up for her research which focuses on the use of technology to support learning in Sub-Saharan Africa.

Her 2015 book proposed a new model of teacher professional development in remote contexts and is on reading lists at institutions around the world. She recently presented evidence to the international Education Workforce Initiative which is being used to engage and challenge governments to re-imagine teacher deployment to address huge teacher shortages in the global south.

Hear what Dr Buckler has to say about her research in the video below:

The awards were presented at The Open University’s Research Excellence Awards 2018 ceremony, which were held at Walton Hall, Milton Keynes on 11 July 2018.