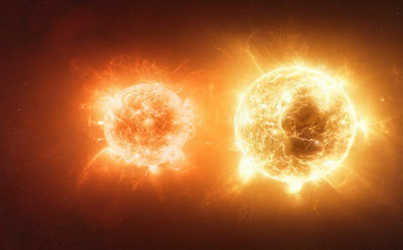 An OU PhD student has won the Bronze award for Physics for her research findings into rare kinds of stars at STEM for Britain on Thursday 4 March 2021.

Heidi Thiemann, a postgraduate research student at the OU was invited to present her research to politicians, parliamentarians and a panel of expert judges, as part of an annual poster competition, usually held in the House of Commons, involving some 200 early career researchers.

The aim of the competition is to give members of both Houses of Parliament an insight into the outstanding research work being undertaken in UK universities by early-career researchers. The winners were announced virtually on Monday 8 March 2021.

Heidi’s poster explains how she and her colleagues are expanding our knowledge of the universe by devising methods of counting and identifying rare kinds of stars. 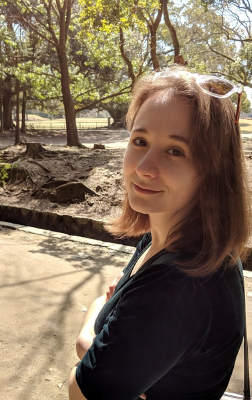 Since 2018, Heidi has engaged with over 8,000 members of the public through a platform called ‘the Zooniverse’. By using the ‘wisdom of the crowd’, citizen scientist volunteers have worked together to sift through observations of 1.6 million variable stars to identify the most extreme and unique stars. So far, Heidi and her team of volunteers have discovered over 300 new variable stars which periodically change in brightness, as well as a new type of binary star system which may one day merge, causing stunning stellar explosions.

Commenting on her success, Heidi said: "I'm really happy to have been awarded the Physics Bronze award at STEM for Britain 2021. It was a great experience to represent The Open University to the Parliamentary & Scientific Committee and showcase the work we're doing in astronomy in the School of Physical Sciences. I personally enjoyed talking to MPs about how we can engage the general public in astronomy research to produce real scientific results."

The Parliamentary and Scientific Committee runs the event in collaboration with the Institute of Physics, the Royal Society of Chemistry, the Royal Academy of Engineering, Royal Society of Biology, Physiological Society, Council for the Mathematical Sciences, and the Nutrition Society.

Read about OU research into Space