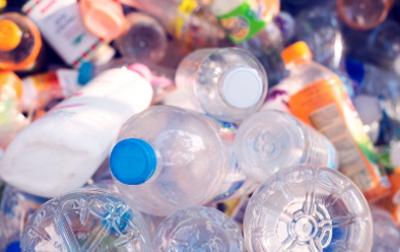 An OU PhD student questioned MP’s about plastic pollution at Voice of the Future 2021.

Shannon Cameron is studying at the OU’s Faculty of Science, Technology, Engineering and Mathematics, while continuing to work for Operation Wallacea, a network of academics from European and North American universities, who design and implement biodiversity and conservation management research expeditions.

At the Voice of the Future event on Wednesday 10 March 2021, she asked the House of Commons Science and Technology Select Committee, chaired by former OU tutor, Rt Hon Greg Clark MP, how they will tackle the plastic pollution pandemic which has been derailed by attention to COVID-19.

“BBC Blue Planet II, an OU/BBC co-production, brought plastic pollution to the attention of the public and great progress was underway to reduce single use plastics in homes and businesses,” she said. “I am keen for the UK Government to get back on track with tackling this issue.” 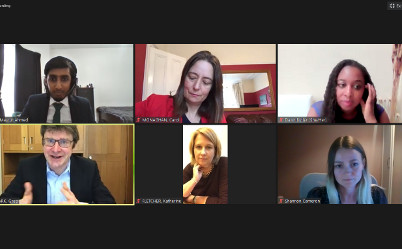 Voice of the Future 2021 event

The Committee members responded with calls for more boldness in responding to plastic pollution, suggesting schemes like money back bottle return initiatives, the idea of bringing your coffee jar back to the supermarket to have it refilled, and a less popular option of being bolder still by taxing plastic.

Rt Hon Greg Clark MP held up his House of Commons canteen coffee cup which is compostable and concluded by saying “As well as having less single use products, it is also worth having more of what we use as sustainable and compostable substitutes, which don’t take a thousand years to disintegrate.”

Commenting after the event about the Select Committee’s response, Shannon said:

“I am delighted to have had the opportunity to speak directly with parliamentarians on the issue of climate change. We need to continue to challenge and push this agenda with those who can influence change.”

Shannon’s own research addresses the use of technology to improve and advance data collection on coral reefs. Six months into her PhD while working full-time as a Marine Research and Operations Officer for Operation Wallacea, she has been working on a method to capture 3D models of the coral reef habitat, alongside stereo-video data of the reef fish community. This method, designed to assess several key metrics of coral reef health, will replace traditional methods in which SCUBA divers collected extensive data with only their eyes and a dive slate.

“This is an almost impossible task,” said Shannon. “We can get much more accurate measurements of using stereo-video and 3D modelling techniques”.

Shannon was inspired to study at the OU by her supervisor at Operation Wallacea, after another colleague successfully completed his OU PhD.

“It has been great,” she said. “My supervisors are really helpful; I have a wealth of resources at my fingertips and it fits perfectly with my life and commitments. Not many PhDs allow you to stay in a job you love while studying, and travel as well.”

Voice of the Future is now in its ninth year with The Open University as the only university to take part alongside organisations such as the Royal Academy of Engineering, the Royal Society, and the Institute of Physics. Organised by Royal Society of Biology, it gives students a unique opportunity to speak to politicians and policy makers about issues of science policy that matter to them and to see how the UK parliament functions with regards to science policy.