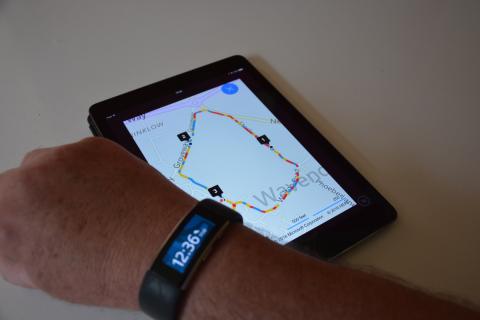 OU researchers have been awarded a grant to assess the design and usability of wearable technologies for older populations, in collaboration with the University of Oxford.

The £40,000 grant for: Designing Wearable Activity Monitoring Technologies that work well for Older Users and Carers, was awarded by the Economic and Social Research Council (ESRC) Impact Acceleration Account (IAA).

Led by Shailey Minocha, OU Professor of Learning Technologies and Social Computing, Principal Investigator, the project which will run from April 2017 to January 2018, will assess user-based evidence from previous OU research which investigated the use of wearable technologies among the over 55s, carers, and people being cared for.

Wearable activity monitoring technologies include, for example, trackers from Fitbit, Garmin and Samsung, and smart watches. Typically, these devices record steps walked, sleep patterns, calories expended, or heart rate and their functionality is increasing. Given the UK’s ageing profile and as part of the agendas of Active and Healthy Ageing and digital NHS, there is an increasing focus on maintaining health in later life and encouraging physical activity to preserve mobility and motor skills, and self-monitoring of health and medical conditions. Previous research at the OU has shown that walking with others can help reduce social isolation and loneliness among people aged 55 and over.

Professor Minocha said: “Our focus will be to build on and exploit recently gathered user-based evidence on the functionality, usability and accessibility of wearable technologies. We gathered this evidence through user engagement on the role of wearable activity monitoring technologies in the health and well-being of people aged 55 years and over in the Sir Halley Stewart Trust-funded project. We have trialled devices with a group of older users and conducted surveys and workshops with multiple stakeholders: carers, people aged over 55 years, and medical and healthcare professionals.”

Professor Minocha will describe her work on this project during her inaugural lecture, Virtual worlds for real experiences, on Tuesday 20 June at the OU Milton Keynes.

Read more about the OU’s role in the Sir Halley Stewart Trust-funded project: Investigating the role of wearable activity-tracking technologies in the well-being and quality of life of people aged 55 and over.