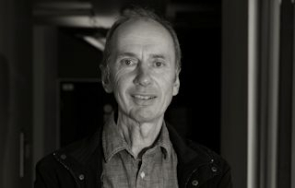 I'm an Honorary Associate of the Faculty. Until I retired in August 2014 I was Senior Lecturer in Sociology and Staff Tutor at The Open University in Wales for 23 years. My last role in the Faculty was Head of Faculty Staff (Wales, Ireland & Scotland), where I was responsible for leading on Faculty policy in the Celtic nations. I was heavily involved in University governance for a few years - as a member of the Faculty Executive Group, Promotions & Rewards Group and Academic Staff Management Group; and of Senate, Honorary Degrees Committee, and the Academic Staff Promotions Committee. Prior to the OU, I was Principal Lecturer in Sociology and Head of Communication Studies at what is now the University of South Wales. I'm an Honorary Fellow at Humboldt University, Berlin, where I teach each year and co-convene a multi-disciplinary research group which is exploring Brexit.

In retirement, I've returned to my roots in political sociology, in a project on elites in Wales, with Graham Day at Bangor University. And as an active travel campaigner, I've been reading research on urban transport, and presented a paper on cycling governance at the Cycling and Society conference.

Before retiring, my research focused empirically on new media technologies, and was generally qualitative or ethnographic. I arrived at new media from an interest in the co-construction of technology and culture, and in particular how users and producers shape technologies.

Living in Cardiff, I've had a particular interest in the Welsh media and Welsh media policy, especially regarding the transformation of the media environment with the growth of digital. I worked to connect my own and other researchers of the media in Wales more closely with the concerns of the Welsh Government and the National Assembly for Wales.

I completed an AHRC-funded Public Policy Fellowship with Marie Gillespie on the implications of interactivity for the organisation and practices at the BBC World Service; and especially, following CRESC’s Social Life of Methods (SLOM) agenda (see below), the issues raised by website and social media monitoring tools – which allow broadcasters to ‘know the audience’ in new and powerful ways. Prior to that I worked with Marie Gillespie on the BBC World Service ‘Tuning In’ project, exploring some of the uses and implications of interactive forums, and have published three papers on these.

I’ve undertaken research on the switch-off of analogue television, reported in the European Journal of Cultural Policy. I was funded by a breadth of media organisations to examine uses of the mass media in ten very different households, which is reported in a monograph published in 2004.

I was involved in the joint OU-Manchester University CRESC Research Centre. Under the auspices of CRESC, I’ve conducted qualitative research on the domestic uses of the Internet, examining how the Internet connects with everyday household life, and how both are transformed as the technology is taken up.

Until 2014 I was Chair of a Level One 15-point module Contemporary Wales (D172), which introduced the economy, culture, society and politics of Wales. It explored the main features of modern Wales and what’s distinctive about Wales: the first half examined the breadth of differences in Wales; and the second half explores the connections that are forged across these differences. After my retirement I worked as a consultant on Wales and the Welsh (LG001), for which I developed teaching materials on the politics, economy and culture of Wales.

I was Chair of a Level 1 module on Social Science in Action (DXR220), that focused empirically on ‘the information society’; and a Masters module on Transformations in Media Culture (D852). I was a core member of the teams that produced Understanding Media (DA204), Culture, Media & Identities (D318), Introducing the Social Sciences (DD101), and IT & Society (THD204); and I contributed to Sociology and Society (DD201).

The Internet and the Transformation of Public and Private (2009-09)
Mackay, Hugh
CRESC (Centre for Research on Socio-Cultural Change), Manchester.