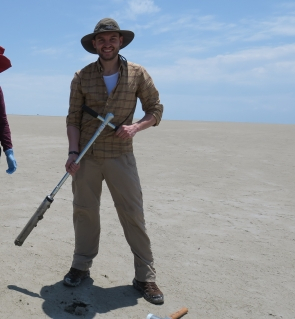 I am an environmental microbiologist within the AstrobiologyOU research group, researching the habitability of martian environments, biogeochemical cycling of iron and associated metabolisms.

I received my PhD from the Open University, focused on characterising nitrate-dependent iron oxidation as a potential early Mars metabolism. This involved lab-based simulations of early martian chemical environments, investigated growth and biomineralisation on olivine and targeted the biochemical mechanisms of this metabolism through genomics and knockout mutants.

AbGradE is a voluntary organisation promoting early-career research in astrobiology across Europe and beyond through symposia, workshops, networking events and virtual conferences.