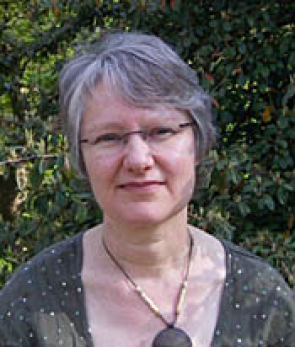 Like many OU students I arrived at university as a mature student many years after an unsatisfactory, unmotivated and unsuccessful experience at school. My intention was to become a primary school teacher but I stumbled instead into Religious Studies. Reluctant to leave with my BA in Religious Studies and Sociology, I stayed on at what is now known as Bath Spa University to complete a PhD, in the Study of Religions Department.

My PhD research was about the practice of Buddhism in Britain and I am still interested in this topic. Over the last few years this interest has been concentrated on one of the most successful of the Buddhist groups operating in Britain (and, indeed, all over the world). This is the Soka Gakkai, a movement which began in Japan in the twentieth century but is based on the teachings of Nichiren, a radical thirteenth century Japanese priest. The Soka Gakkai today combines humanitarian activism with structured religious practice carried out in a language that even most Japanese practitioners cannot understand. It is partly this that makes it interesting as an example of twenty-first century religion. I am working on a book about SGI in the UK which is based on the liturgy of this movement. It will examine the role of prayer in Soka Gakkai and set that within the context of research on prayer more broadly. The book will consider what Soka Gakkai children pray for and the daily prayer for the dead thereby incorporating recent fieldwork on second generation members in the UK and touching on another of my research interests, contemporary beliefs about death and the after-life.

I also have a developing interest in the relationship between religious practice such as the daily practice of Soka Gakkai members and practice for the development of skills such as chess or playing the piano. This interest is nurtured by contact with Open University academics in the Arts and Science Faculties.

1998 Buddhism in Bath: Adaptation and Authority, Leeds: Department of Theology and Religious Studies, University of Leeds.

1999 ‘Who says so? Legitimacy and Authenticity in British Buddhism’ The Scottish Journal of Religious Studies, 20, pp19-36.

2003 (with Tony Walter) ‘Reincarnation and the Christian Churches’, Theology January/February.

I have worked, briefly, at Bath Spa University, Westminster College, Oxford and the University of Reading. In 1999 I joined the OU's Religious Studies Department taking responsibility for the teaching of Buddhism. I have enjoyed writing for and teaching A217 Introducing religions and its predecessor course A213 World Religions and AD317 Religion Today: tradition modernity and change. I was part of the Course Team for the new Arts Faculty level 1 course: AA100 The Arts Past and Present which was presented for the first time in 2008, and am now working with the team for A150 Voices and Texts. In January 2010 I started a three year secondment in the Bristol regional office.