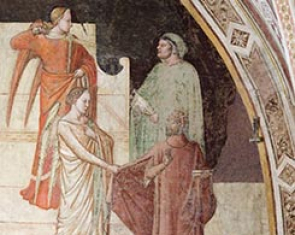 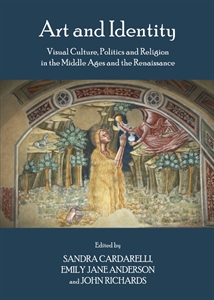 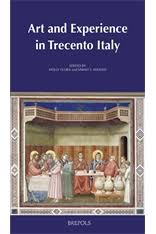 Jill Harrison held a Lecturer position in the Art History department between 2009 and 2015, during which time she chaired the Art History MA, co-chaired The Renaissance Reconsidered and contributed to the production of  Exploring Art and Visual Culture . She joined the Open University as an Associate Lecturer in Art History in the North Region in 1996 after completing a BA Hons. She tutors courses from pre foundation to Postgraduate level and holds various consultancy roles and is currently an Honorary Research Associate. Jill’s paper Being Florentine: A Trecento Identity crisis, presented at Aberdeen University (2008) on the frescoes in the Arte della Lana, Florence has been published as a chapter section in Art and Identity: Visual Culture, Politics and Religion in the Middle Ages and the Renaissance (Cambridge Academic Publisher, 2012). An expanded paper entitled ‘Partisan Politics and Giotto’s Ognissanti Madonna: Making Invisible Allegiances Visible’,  delivered in 2016 will be published by Brepols as part of a new series; Trecento Forum I: Proceedings of the Andrew Ladis Memorial Conference in New Orleans.

In 2003 Jill completed an M.Phil at Newcastle University entitled An assessment of Giotto’s social and artistic enterprise: His influence on the first articulation of a theory of art and the changing status of the artist. Her subsequent research has focused on the political and economic aspects of Trecento Italian art with emphasis on Giotto’s lost secular schemes. She has recently broadened her interests into Northern European art and following an invitation to speak at the National Portrait Gallery on Hugo van der Goes’ Trinity Altarpiece she is preparing an article for a special edition of The Court Historian

Rituals of Power –The Ceremonies of the Courts and States from the Late Medieval Period to the Modern Era, Warsaw, September: ‘Sovereignty, Politics and Performance: Giotto’s Secular Allegories of Power and Diplomacy in Angevin Naples’

Awards: 2011 Speller Award for a PhD research project ‘Giotto and the Cardinal: Art, Avarice and Ambition in Trecento Rome’ undertaken at the British School in Rome during December 2011.

Jill is currently tutoring The Renaissance Reconsidered, Exploring Art and Visual Culture and  Art and its Global Histories