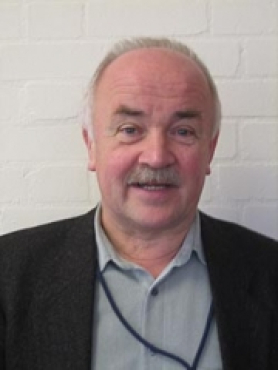 Educated in Denmark I hold a doctorate from the European University Institute in Florence (1983). I joined the History Department of the Open University in 1999 after nearly 15 years at the University of Cambridge. I am Professor of Early Modern History and was Director of the Renaissance and Early Modern Research Group at the OU from 2001 to 2008.

I am primarily interested in European social and cultural history in the sixteenth and seventeenth centuries. I work on early modern European Calvinism, Anglo-Dutch relations, and the Reformation of northern Europe. I retain a strong interest in early modern history of medicine, especially medicine and religion, health care, and the significance of natural philosophy for early modern medicine. I am a General Editor of the Series: History of Medicine in Context, published by Ashgate.

The Impact of the European Reformation: Princes, Clergy and People, eds. O. P. Grell and B. Heal, Ashgate, Aldershot 2008.

The Four Horsemen of the Apocalypse: Religion, War, Famine and Death in Reformation Europe, co-written with A. Cunningham, Cambridge University Press 2000, 2001, and 2002.

Paracelsus. The Man and his Reputation, his Ideas and their Transformations, ed. O P. Grell, Brill, Leiden 1998.

I have contributed to a wide range of modules from Level 1 to 3 (for example A200: Exploring History: Medieval to Modern 1400-1900; A218: Medicine and Society in Europe, 1500-1930; and A326: Empire) to the history MA which I chaired through production. I am currently chairing A218 and am a course team member of A200 which I have previously chaired.