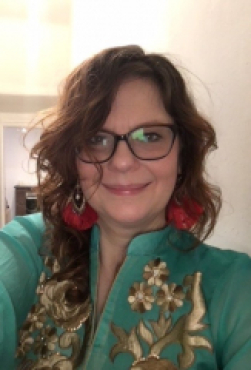 Prior to training as a Social Worker in 2005, Rachael worked in the third sector and, for 10 years in local government Children’s Services as a Social Researcher and a Policy, Performance and Children’s Rights Manager. After qualifying as a Social Worker, Rachael continued her career in Local Government working in Child Protection, and as a Team Leader in frontline practice. Rachael enjoys mentoring staff and gained a PEPS stage 2 qualification in 2016. Since then, Rachael has supported many social work students through to final qualification.

In 2017, Rachael took up a teaching post and has since worked for several universities delivering teaching on Social Work BA and MA programmes from Level 4 to Level 7. Rachael has worked as a Practice Educator, Placement Tutor, Placement Lead, Module Lead and PAP Chair. These experiences have afforded Rachael with an excellent understanding of the students’ journey from pre through to post qualification.

Rachael is passionate about improving outcomes for looked after children and in 2010 co-founded an organisation, Basti Ram. Basti Ram operates both in the UK and India to deliver cultural exchange projects which promote self-development amongst disadvantaged young people. To date, over 150 young people in care have taken part, pushing themselves beyond their boundaries to experience international travel, boost their self-esteem, self-belief and ultimately, develop a renewed sense of optimism and hope about the future that they can build for themselves.

Having left school with no GCSE passes, Rachael is delighted to now have the opportunity to work at the OU to support others to realise their ambitions and fulfil their future potential.

1997 - 1997 - MSc Social Policy and Planning - The London School of Economics and Political Science.