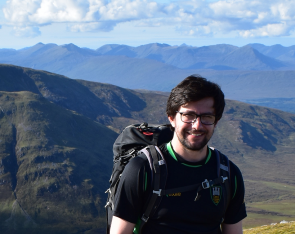 My research is principally concerned with understanding the processes responsible for the formation and early evolution of planetary bodies.  In practise, this involves detailed analysis of lunar samples and meteorites and includes various analytical techniques for characterisation and stable isotope analyses.  My research interests include:

1) The abundance and isotopic composition of regolith-hosted lunar volatiles and their use in an ISRU context.  An understanding of the volatile inventory of the lunar surface is crucial as ISRU will be a key factor in future manned space exploration.  My current role is focused around bulk analyses of regolith samples to investigate the abundance and isotopic composition of volatiles present at the lunar surface to help understand both the utility of lunar regolith as a volatile reservoir and the relative contribution of solar, planetary, and cosmogenic sources of these elements to the lunar regolith.

2) The early evolution and differentiation of rocky planets as recorded in achondritic meteorites.  Achondrites are samples of early formed differentiated planetesimals that were broken apart and these meteorites provide us with a window into the processes active in the deep interior of rocky planets that we cannot study on Earth.

3) Understanding the isotopic distribution in the Solar System.  Certain isotopic variations that exist between meteorite groups are inherited from the gas and dust from which the planets formed.  This provides a potential record of heterogeneity in the protoplanetary disk.  I am interested in isotopic variations between meteorite groups and planetary bodies and what this can tell us about the very early Solar System.

4) Non-mass-dependent variations in 17O in geological materials.  As the precision of oxygen isotope measurements improves, small non-mass-dependent isotope effects may have increasing importance in the interpretation of results.  I am interested in the existence and mechanics of anharmonic and crystal-specific effects that may have an impact on three oxygen isotope studies.

5) The Cryogenian and Ediacaran geology of Svalbard.  The Neoproterozoic geology of Svalbard records two global glaciations and the subsequent warming of the Earth.  I have been involved in fieldwork in this area in the past and am interested in the chemostratigraphy of the post-Marinoan sedimentary sequence in Svalbard and what it can tell us about climatic conditions between the Cryogenian global glaciations and the Cambrian explosion.