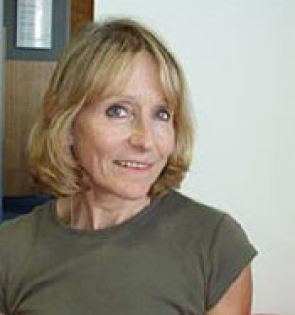 I became a member of the OU English Department in 2000. Before that I lectured at Queen Mary, University of London, where I had completed all of my postgraduate studies.

My PhD was on readers and so-called experimental texts; the main focus was the Irish writer Flann O’Brien’s novel At Swim-Two-Birds (1939). O’Brien was less daunting than James Joyce, who I had originally planned to study. My interest in ways reader engage with fictional texts led to related work on detective fiction, while the Irish connection remains an abiding interest.
While I was working on entries for The Feminist Companion to Literatures in English in the late 1980s, I came across Margiad Evans’s fiction. Since then I have worked on her unpublished writing as well as bringing out an edition of her autobiographical novel, The Wooden Doctor (first published in 1933). My edition of her last, and most challenging novel, Creed (1936) comes out in 2018. Evans’s writing has generated my interest in biography, autobiography and, in particular, illness narratives (or pathographies). The following link will take you to a paper about Evans’s unpublished manuscript The Nightingale Silenced, her account of the acute stage of her illness from an inoperable brain tumour, which I gave at an interdisciplinary conference on The Patient which took place in Salzburg in 2008. “To Write a Great Story”: Margiad Evans’ Illness Narratives in The Patient: Probing the Inter-Disciplinary Boundaries edited by Aleksandra Bartoszko and Maria Vaccarella. Read the eBook (PDF, 1.13 MB)
More recently I have edited  volume 3 of The Women Aesthetes, which focuses on the last decade of the nineteenth century and includes women writers like Vernon Lee, John Oliver Hobbes, Rosamund Marriott Watson and Ella D’Arcy whose work appeared in the Yellow Book, a publication considered to be the benchmark of aestheticism.

I am currently Chair of A230 Reading and Studying Literature. I edited The Twentieth Century  (book three of A230) with my colleague Sara Haslam, and wrote on Langston Hughes and Claude McKay, poets living and writing in New York in the 1920s and 30s, for ‘Cities’, also a chapter on Frankenstein for the 'Romantics' part of the module. I wrote on the American poets Frank O’Hara and Allen Ginsberg, associated with New York like Hughes and McKay, for A300 Debating Twentieth Century Literature, and chapters on the American writer Kate Chopin’s novel The Awakening for AA316 The Nineteenth Century Novel.

My interests in nineteenth and twentieth century literature are also evident in A335 Literature in Transition: 1800 – the present. For that I wrote chapters on the Victorian poet Arthur Hugh Clough, as well as Virginia Woolf’s last novel, Between the Acts. The short video Women Writers: Voices in Transition (link below) was made at Monk's House, Woolf's home in Sussex.

‘Not quite every character is a living person in this story. And not quite the reverse.’ Margiad Evans: Memory, fiction and autobiography (2013-02)
Asbee, Sue
In: Bohata, Kirsti and Gramich, Katie eds. Rediscovering Margiad Evans - Marginality, Gender and Illness
ISBN : 9780708325605 | Publisher : University of Wales Press | Published : Cardiff