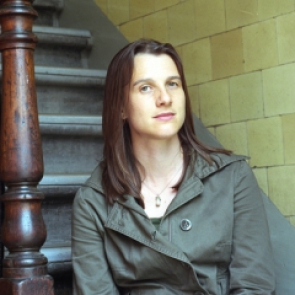 I am writing a novel, set in Elephant and Castle in south London, which spans from the Second World War to the present day. The novel, and the accompanying critical commentary, will explore the temporal and spatial nature of ageing. My intention is to disrupt contemporary assumptions about, and representations of, ageing in relation to urban, domestic and institutional space, and investigate age-prejudice in relation to our fears for the future, and our negotiations of our past, present, future and imagined selves. I will explore ideas of loss, death and mortality and how these relate to concepts of narrative, linearity and the idea of an 'ending'.

I have two novels, Ten Things I’ve Learnt About Love (2013) and Before The Fire (2015), both published by Picador in the UK and translated into several other languages. I have a BA in English Literature from St Catharine’s College, Cambridge; an MA in Creative Writing from the University of East Anglia and an MSc in Urban Studies from University College London.

I have worked in literature development since 2001: as a literature development officer in Leicester; a youth literature worker in Tower Hamlets, London; and as a freelance practitioner since 2006. I have developed a socially-engaged writing practice with a focus on place and urban change. Recent writing residencies include writer-in-residence on the Central line; at Great Ormond Street Hospital; a digital residency for The Secret Garden Project; and Tideline – a public art project linked to a major regeneration project in Belvedere, East London.