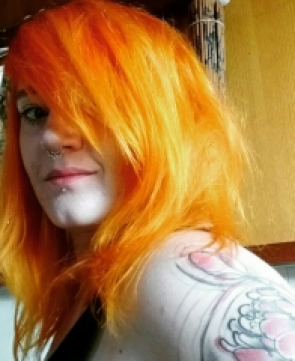 I have a BSc in Psychology with Sexualities, obtained from London South Bank University. I went on to publish my honours project, titled 'Stripped: Women Working in the Exotic Dancing Industry' in Psychology of Sexualities Review, and was awarded the LGBTQ Psychology prize for undergraduate research project 2008 (BPS Psychology of Sexualities Section). My undergraduate extended self-managed essay titled 'A Critical Examination of Slash Fiction Theories' was also published in the Psychology of Women Section Review, and I was asked to present it at the Psychology of Women Annual Conference in 2009. Additionally, I was awarded the London South Bank University’s Faculty of Arts and Human Science award for outstanding academic achievement 2008.

I also attained an MSc in Gender, Sexualities, and Society, where I completed a dissertation on the previously unresearched topic of online text-based roleplay in a sexual setting in relation to female sexuality. Along with my academic achievements, I have worked in several areas of the mental health and wellbeing sector, and taught BSc Psychology as a Sessional Lecturer at London South Bank University for five years.