The punitive shift towards the criminalisation of homelessness 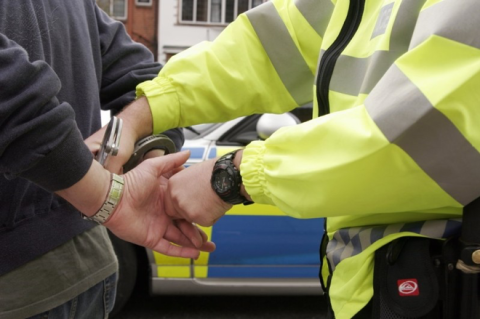 The number of people living in poverty in the UK dramatically increased as a consequence of the government’s shift towards market-based capitalism, underpinned by the social-economic reforms endorsed in the 1980s. This situation was further exacerbated by the financial global crisis of 2007 – 2008, which led to the UK government bailing out the British banks to prevent a collapse of the British banking system. Unsurprisingly, the ramification of the government’s decision to bail out the banks initially took the form of a stimulus programme which was superseded in 2010 by austerity measures.The government’s spending cuts, as part of these measures, led to a reduction in the budget deficit which has had far reaching impacts on the poorest and most vulnerable/marginalised people in the UK, including those affected by homelessness.

Since the onset of austerity in 2010, the estimated number of people sleeping rough in England has increased year on year from 2010 – 2017. Approximately, 4,751 people bedded down outside overnight on a snapshot night in autumn 2017 compared to 1,768 people on a snapshot night in autumn 2010. Rough sleeping has therefore more than doubled over these seven years. However, the reason why rough sleepers are becoming more visible in British cities and public open spaces is because support services and hostel availability are diminishing, as a direct result of the government cuts and reform to areas such as welfare.

In July 2014, the Home Office published its reform of anti-social behaviour powers to support the effective use of new powers to tackle anti-social behaviour which takes place in public and open spaces. According to the Home Office reform information, “where the actions of a selfish few ruin these spaces, through public drunkenness, aggressive begging, irresponsible dog ownership or general anti-social behaviour, these places can be lost to the communities who use them”. This powerful form of labelling stigmatises homelessness as othering, the act by which groups of individuals become represented as an outsider and not one of us. Such stigmatisation associated with homelessness limits exposure, opposition, active resistance and the publics’ outrage, enabling the government to punitively criminalise homelessness and enforce this through the criminal justice system.

In England, between 2015 – 2016, 2,365 people were prosecuted for committing vagrancy-related offences including begging. Prior to the financial crisis and the introduction of austerity measures, 1,510 people were prosecuted during 2006 – 2007. Vagrancy-related offences have increased by more than 70% in one decade.  In 2014, three men were nearly prosecuted for taking discarded food (cheese, tomatoes and mushrooms) from a refuse bin. In 2015, sixty-two rough sleepers were arrested by the Sussex Police for accepting money from the public. On the other hand, no members of the public were arrested for offering and donating money to rough sleepers. The resurrection of the Dickensian vagrancy law together with the new Public Space Protection Orders which have been enacted in over 50 local authorities has resulted in a growing number of vulnerable homeless people being fined, given criminal convictions and even imprisoned for street drinking, defecating, urinating, begging and rough sleeping in public spaces.

In a bid to save money the UK government implemented a crime control approach to homelessness, concerned with promoting security and controlling crime, in favour of a social welfare approach, concerned with promoting equality, inclusion and well-being. Such a decision to shift to an enforcement-based approach was underpinned by the following political and economic factors: the financial global crisis of 2007 – 2008, coupled with the government’s choices to bail the banks out and introduce austerity measures to reduce government spending.  This causal relationship between the government’s policy to shift towards a crime control approach to homelessness resulted in the punitive shift towards the criminalisation of homelessness. In contrast, only 28 people were charged and only 5 people were convicted in the UK for their part in the financial crisis (bankers – guilty of white-collar crimes), which was considered by economists to be the worst and most significant crisis since the Great Depression of the 1930s. The tax-payers in the UK have borne the financial brunt of the bankers’ crimes since 2010 and will continue to do so for the foreseeable future.  However, there are others such as those affected by homelessness who are fighting for their right to exist, not to be criminalised and not to lose or have their liberty restricted.

While homelessness in the UK has increased by 134% since 2010 in line with the imposed austerity measures, homelessness in Finland has fallen by 35% over the same period of time. In contrast to the UK government ushering in its crime control approach that punitively criminalises homelessness, the Finnish government is promoting a social welfare approach and is committed to abolishing homelessness altogether. It is clear that the UK government has scapegoated homelessness to whitewash the financial deficit resulting from the bankers’ white-collar crimes (repackaging loans and playing roulette games with the stability of global markets). As is common practice through the exercise of ‘smoke and mirrors’, the government has orchestrated the punitive shift towards the criminalisation of homelessness in order to divert the publics’ gaze away from the real crimes and the real criminals who are responsible for causing the worst financial crisis in global history.

This blog was originally posted at https://thebscblog.wordpress.com/2018/10/22/the-punitive-shift-towards-the-criminalisation-of-homelessness/ (The BSC Blog) on 22 October 2018, and is republished here with the permission of the author.

Sharon Hartles is an MA student (MA Crime and Justice) with the Open University.