An Expert Discussion about Venus

Following the recent exciting discovery of Phosphine on Venus, we bring together three experts from The Open University.

Following the recent exciting discovery of Phosphine on Venus, we bring together three experts from The Open University to share their thoughts on what this means for the future of astrobiology. Dr Helen Fraser, part of the team who made the discovery and head of the OU's astrochemistry group, will be joined by Professor Karen Olsson, Director of AstrobiologyOU, and Professor Stephen Lewis, an expert in the atmospheric physics of Venus. The session will open with three short talks from each, followed by the opportunity to ask your questions, chaired by Heidi Thiemann, PhD astronomer. Get your questions ready for the panel!

Heidi Thiemann is a PhD student in astronomy at The Open University, and she works on using huge astronomical surveys of data to find the weirdest stars in the night sky. Even though we can't see it with our eyes, most stars aren't alone, in fact, stars are often are gravitationally bound to one or more stars. We call these binaries or triple systems, and by studying these binaries and triples, we can better understand the underlying astrophysical processes going on inside and in between stars. We can also turn the clock forwards and work out how these binaries might end their lives. She's also been using these huge astronomical datasets to investigate other interesting aspects of stars, such as the relationship between how fast a star spins and how much X-ray emission it gives out. She completed her MSc at the University of Leicester in 2013, and joined the OU in 2017. As well as studying the stars, she has been down on Earth too, working on analysing data on jobs adverts and skills provision in the UK space sector.

Helen leads the Astrochemistry Group at the OU. Her research focuses on how stars and planets form and whether or not there might be life in the universe. Uniquely in the UK, she combines observational astronomy with theoretical chemistry and laboratory-based experiments to study how the largest molecular reservoirs in space, ices, lead to chemical diversity in star- and the planet-forming regions. She exploits large-scale national and international facilities such as the ISIS Neutron Source (UK) and parabolic flights (ESA) to achieve her research goals. Helen was one of 19 co-authors who recently published the Nature astronomy article reporting the detection of significant concentrations of the molecule PH3 in the cloud decks of Venus. [Greaves, J.S., Richards, A.M.S., Bains, W. et al. Phosphine gas in the cloud decks of Venus. Nat Astron (2020).

Stephen is the Professor of Atmospheric Physics at The Open University. His research includes studying the dynamics and climate of planetary atmospheres using computer models and spacecraft observations. He has worked on several spacecraft missions, primarily to Mars and Jupiter and he has modelled other atmospheres including Venus, other giant and extrasolar planets and the climate evolution of the Earth. His Venus work has included studies of its super-rotating atmosphere, its cloud structures and its energy balance and runaway greenhouse.

You can submit questions to the panel early by emailing STEM-News@open.ac.uk

Here is the link to the “Privacy Notice - Open University Events booked through Eventbrite” document owned and updated as necessary by the Data Protection team. 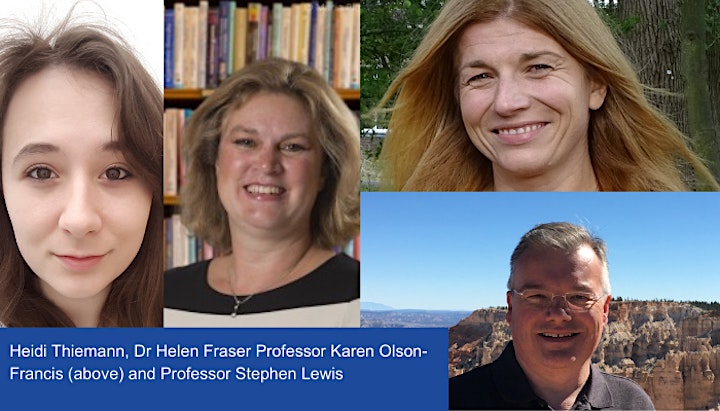