Comet 67 P/Churyumov-Gerasimenko belongs to a group, or family of comets known as the Jupiter family. These are comets that are controlled by Jupiter's gravity and have short orbital periods (the time taken to complete an orbit), generally less than 20 years. Comet 67P has a current orbital period of 6.45 years, although this has changed in the past as the result of interactions with Jupiter. It was first discovered in 1969 by astronomers Klim Churyumov and Svetlana Gerasimenko and has been observed 6 more times since discovery. 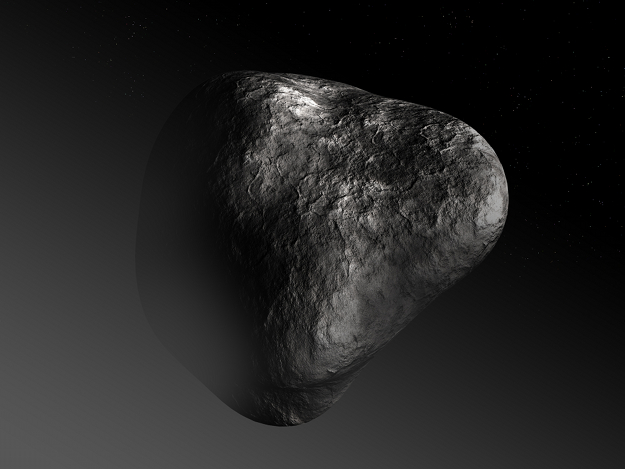 Comet 67P is classed as a dusty comet. This is to say that, during the period in which it is emitting, it will release approximately two times as much dust as gas. In 1982-1983 this was released at a rate of up to 220 kg per second. Thus far, the observations that have been made suggest that the nucleus of the comet is approximately ellipsoidal in shape with dimensions of 5 x 3 km and spins once in approximately 12 hours. The density of the nucleus, significantly lower than that of water, indicates that comet 67P is fairly porous and spectroscopic tests have shown it to be exceptionally dark. The latter observation suggests a covering of carbon-rich organic material.