Catch A Comet at The Royal Society Summer Exhibition

Catch A Comet at The Royal Society Summer Exhibition

The Rosetta ‘Catch A Comet’ team were lucky enough to be chosen for a place at The Royal Society Summer Exhibition this year. This is a prestigious scientific event that runs every year in London where scientists from all across the UK can come to present their new and exciting scientific findings to the public. The event this year was the biggest to date with around 25 exhibits and 15,000 visitors through the doors in just 7 days. For the Catch A Comet team, made up of scientists from The Open University, Imperial College, Mullard Space Science Laboratories, UCL and Kent University (the UK contingent of the Rosetta mission), this meant that they needed a strong team of scientists available every day who were passionate about outreach and speaking to the public about comet science. The Catch A Comet team also managed to persuade the ESA Rosetta Project Scientist Matt Taylor to volunteer on the exhibit for a day. He actually had so much fun that he wished he could have stayed the entire week. 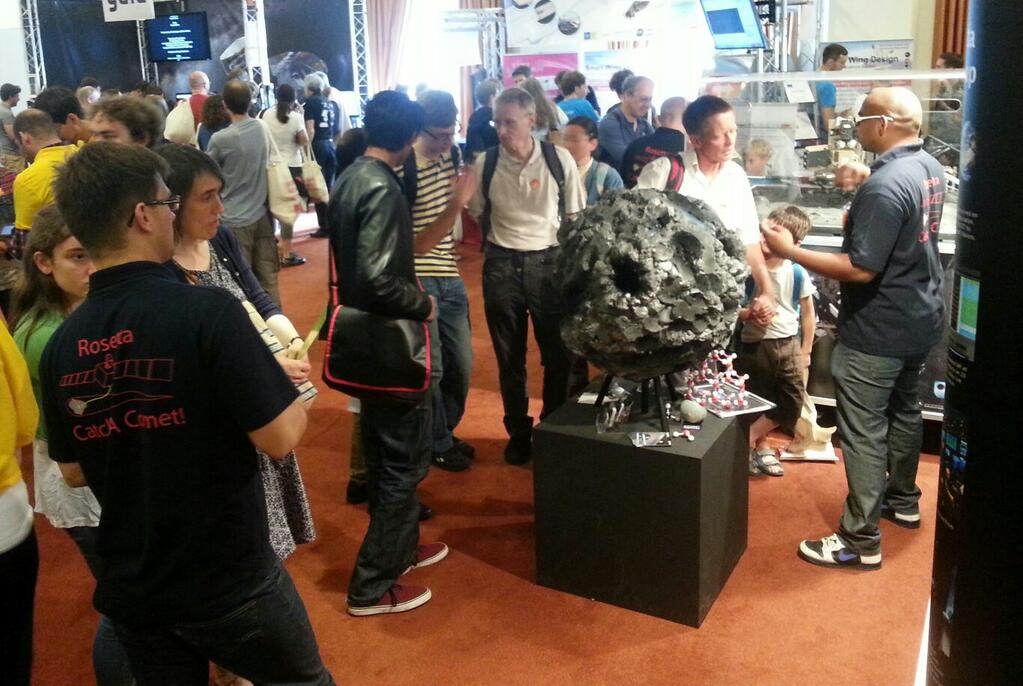 The main aim of the exhibit was to allow people to discover the science behind the Rosetta mission. This included details about how the orbiter and lander would learn about the comet surface before orbit and landing and information about what a comet is made of and how the comet will interact with the Sun. The exhibit itself centred around 3 main interactive parts. One of these was an idealised 3D comet sculpture made by the fantastic Wild Flag studios. This model allowed people to reach inside and pull out ‘comet-relevant’ molecules such as water, carbon dioxide, glycine (an amino acid; yes you’re right in thinking that glycine has already been found on a comet ‒ see NASA Stardust mission). The volunteers really got stuck in to this part of the exhibit because it allowed them to discuss with the visitors all about how comets may have delivered water and life to Earth in the distant past. The plasma interactive worked a bit like a ‘Pin the tail on the comet’ game. It allowed for people to test whether they could work out where the comet tails should be; which direction they should point as the comet circled the Sun, and how long the tails should be. The third part of the exhibit was the half-size lander model which always goes down a treat and many people commented on how fragile the little spacecraft looked sitting on the idealised comet surface (hopefully not too fragile come November)!

The whole event was a great success, from the schools visits, to the show-and-tell lunch time sessions, to the evening soirees. It seems that the general public are very interested and excited about the prospect of entering into orbit around a comet for the first time, then trying to land on it to deliver a laboratory to an object flying through space. It’s certainly an exciting time for comet science, long may the mission continue! 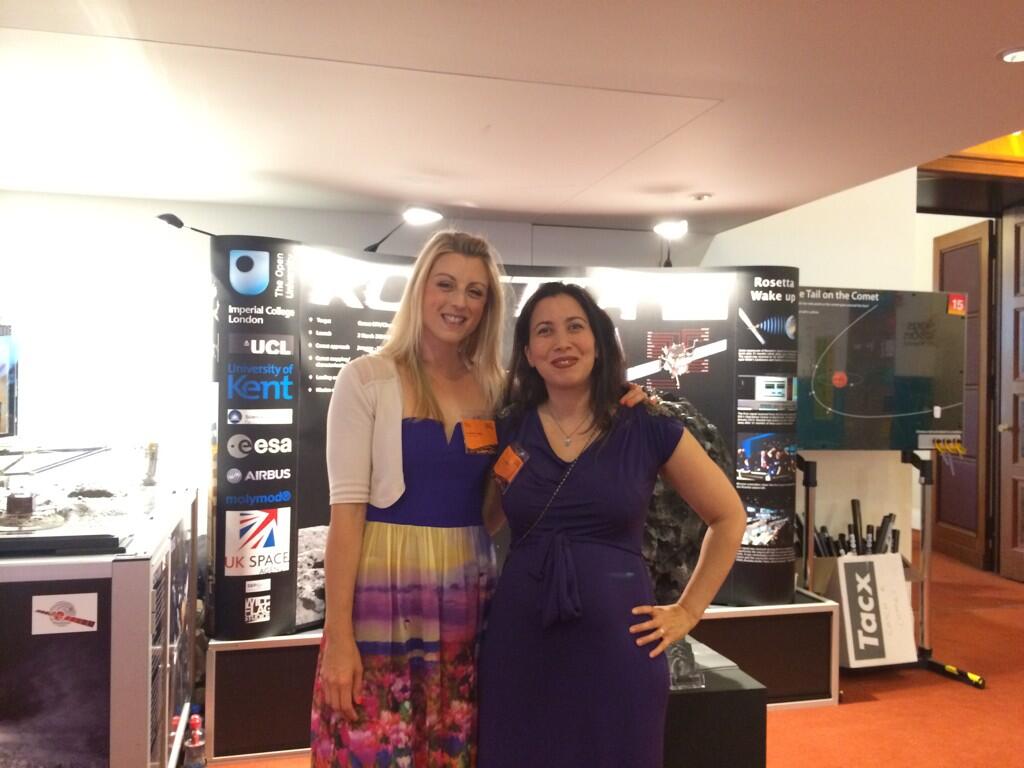