Tendayi Bloom is a lecturer in Politics and International Studies at The Open University.

She is author of Noncitizenism: Recognising Noncitizen Capabilities in a World of Citizens and co-editor of Understanding Statelessness.

Earlier this year a graduate from a Scottish university, who has lived in the UK for more than a decade, encountered ‘migration control’ without leaving Glasgow.

It seems that after Mustafa Ali Baig corrected an error on his tax return, with no tax outstanding, the Home Office concluded that it would be undesirable for him to remain in the UK.

He lost his job, his home and his ability to travel as a result. But Glasgow is where his community is, where he works and volunteers, and where he met his fiancée.

He has come to belong in Glasgow and he had no reason to think this would change. Ali Baig is now challenging Home Office plans to deport him to Pakistan.

Similar stories have been emerging across the UK for around a decade, escalating in recent months. Outrage at the impact of ‘migration control’ on members of the Windrush generation contributed to Home Secretary Amber Rudd’s ­resignation in April.

‘Migration’ usually refers to people moving from one place to another to settle for a time. ‘International migration’ involves crossing international borders. ‘Migration control’, then, is presumably about controlling this movement. The trouble is, often it isn’t.

Ali Baig was not migrating when he encountered ‘migration control’ and this encounter did not interrupt any migration plans.

One day he was a Glaswegian like his neighbours. The next day he was reclassified as merely in Glasgow and was fighting to stay.

This is not an example of migration control anomalously affecting the wrong person.

Cases like this uncover a bigger picture in which ‘migration control’ policies are not about migration, but about who can be a member of society, artificially defining some people as outsiders to it.

It is important to observe that Ali Baig has not been served with a ­criminal charge but is being ­punished for a supposed offence of character (the error he corrected in his tax return) through ‘migration control’. 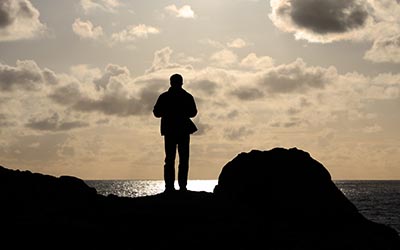 For a society to be governed by the rule of law everyone must be equal before the law.

If anyone is suspected of a crime there are formal processes for investigating and, if necessary, punishing them. If there is no crime there should be no punishment.

The rule of law is undermined when ‘migration control’ creates a parallel system of norms, processes, threats and punishments for some members of society and not others.

In April, the UK Parliament heard about another Glaswegian (who chose to remain anonymous).

He arrived in the UK from Kenya half a century ago on his mother’s British passport. He was eight. He moved to Glasgow around 25 years ago and raised a family.

The BBC reports that in 2014, when offered a new job, new rules required his employer to check his passport. He didn’t have one. He’d never left the UK and had used his National Insurance number to work.

Upon ­applying for a passport he was informed that he was an illegal immigrant. He lost his job and became financially dependent on his children, fighting an expensive – and eventually ­successful – legal battle to remain.

He describes his experience as ‘soul-destroying’. He told the BBC: ‘I don’t know any other country. Why would I not think I was British?’

Like those from the Empire Windrush, he was suddenly displaced from core social institutions because of new policies couched in the apparent legal objectivity of ‘migration control’.

Today, members of society must prove their eligibility for inclusion in its institutions, and are assumed excludable otherwise.

But does a state have the right to suddenly choose which of us can be included in society and which cannot? History shows problems that arise when the composition of society is contrived to serve state institutions.

These stories are not to be taken lightly. More and more members of ­society are suddenly losing jobs, homes, and access to healthcare.

Where ­individuals become homeless as a result, they may be blocked from ­destitution support.

Families are being separated. ­Individuals are languishing in ­detention without trial and without being told when they will be released.

They are even at risk of being forcibly sent overseas. Recent cases that elicit public outrage help highlight what is going wrong more generally. This is what happens when ‘migration control’ isn’t about migration.