Paul Anand is a Professor of Economics at The Open University.

He is the author of ‘Happiness Explained’, published by Oxford University Press.

Today is the International Day of Happiness and a recent Royal Bank of Scotland (RBS) study found that happiness in Scotland is on the rise.

Furthermore, Scotland is the happiest nation in the UK according to government data, a fact being used to encourage people to migrate.
Having researched wellbeing for nearly two decades, I’m always intrigued to find out about the experiences of particular countries and though there may not yet be any definitive explanations of Scotland’s wellbeing profile, there are a number of plausible explanations.
Money is a natural place to start and the RBS survey does find that those on the highest incomes tend on average to be happiest.
When compared with England, Scotland’s regions tend to have incomes that are more evenly distributed and there is significant evidence that relativities matter.
One American study, for example, found that extroverts were particularly likely to be unhappy if their neighbours had higher incomes.
Others have found that the relation between happiness and income often flattens out at quite low levels for most people – with the exception of New Yorkers, who require eye-watering amounts of income before they stop becoming happier. 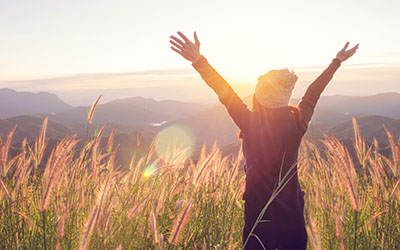 Then there is geography. Those in Orkney, for example, score high on wellbeing, while those in Glasgow report lower levels.
Environmental quality often seems to be important and, in this regard, wellbeing aligns well with measures of environmental quality, such as safety and deprivation.
Some clues might also come from close neighbours. Denmark has frequently led the world in happiness rankings and in that case several features stand out.
The country has a good average income and reduces income inequalities through significant social protections. It also has a culture that emphasises family and in that regard is like a number of Latin American countries, which have high levels of wellbeing and give priority to social relations.
Looking across the life course, it is possible to discern a few factors that seem to matter to most, if not all, ages.
Fairness and the demand to be treated fairly by others stands out as a sense that emerges very early in childhood.
Autonomy - that is the ability to be and live independently – also develops through childhood and is one of the most important elements of job satisfaction in adult life.
The need for social relations and to be part of a community is also present at all stages, though increasingly at risk in older age where isolation is on the rise.
And finally, there is a sense in which engagement with the world around us also seems to be important – indeed, medics use lack of engagement as a predictor of proximity to death, while psychologists have identified heightened states of engagement in which a person is so absorbed by an activity that they ignore everything else.
Engagement can be a positive in range of settings from education and learning through to pastimes and hobbies.
A lot of the research on quality of life seems like common sense, until one realises that we don’t always act sensibly and can come to regret it.
One study of surgeons in the US found that although they are among the highest-paid professional group in the world, nearly a third reported symptoms of clinical burnout and a similar number would not recommend the profession to their own children.
There is also evidence that unhappiness drives decisions in ways that are strange to fathom.
For instance, voters who are displeased by a party’s performance in power tend to vote against them for reasons that are understandable.
However, it turns out that people who have experienced a recent bereavement are also more likely to vote against the political party in power.
One question that often emerges is whether human happiness can and should be used to guide government action. There have been some surprising answers to this question.
One happiness researcher argued that while it should be studied, governments should not seek to manipulate the population’s happiness.
To me this seems rather odd – given that we hope a government will act to improve or make easier the pursuit of human welfare. Perhaps more interesting is the idea that happiness is personal and best pursued somewhat indirectly.
But even if we allow this at the personal level, there still seems to be good reason for governments to co-ordinate policies that support a range of quality of life goals – of which income is just one.
Arguably Brexit was less of a vote for anything in particular, and more of a protest that important quality of life issues are not being adequately addressed.
Perhaps this helps us to understand why Scotland is relatively happy, why migrants might wish to come, and why a majority of its voters might want to stay in the EU.

Further information about research into happiness is available on the Open University’s free learning site, OpenLearn.