LaTisha KaNisha Jones started working in a supermarket when she left school, as a "head-banging argumentative gobshite with no qualifications, who would take no orders from anyone."

Her parents, who’d both moved to the UK from the Caribbean when they were young, used to take her to lots of museums, hoping she would engage with education to "do well in life", but when her father walked out just as she was starting secondary school, she "ran wild, hated school, couldn’t concentrate."

She had her first child when she was 18 years old. Now in her twenties with three kids, LaTisha works as a supervisor in the same supermarket and is studying for a management degree online with The Open University. Hoping to become a general store manager, she’s "in her second-year, part-time, four more to go." 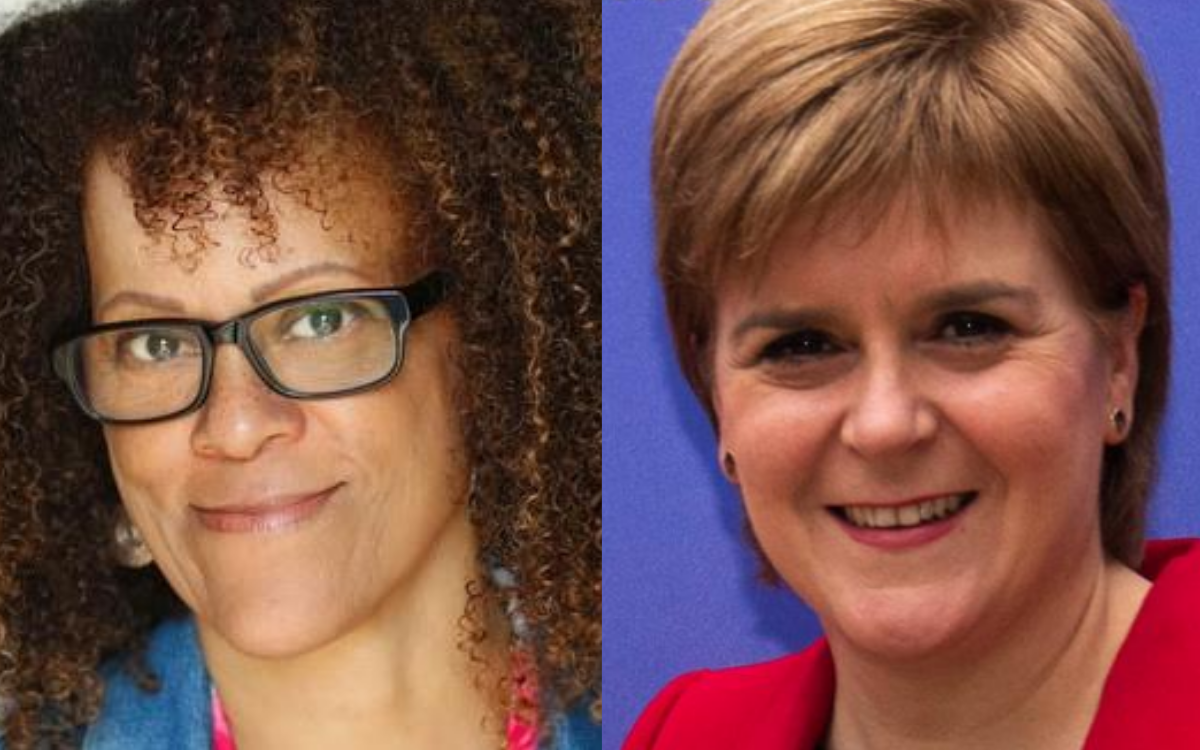 LaTisha is a fictional character in the best-selling Booker Prize-Winning novel Girl, Woman, Other, by Bernardine Evaristo - featuring at the Edinburgh International Book Festival with Nicola Sturgeon this month (pictured right) - but she could very easily be real. It is a story which chimes with many of our Open University (OU) students across Scotland. People who overcome adversity and gain empowerment through studying with us. The OU offers them another chance at education, whether they have any previous qualifications or not.

Many have had a difficult time at school with the perception that gaining higher education qualifications was not an option for them. With no qualifications needed for most OU courses, one in five of our new undergraduate students join us without standard university entrance qualifications. The majority of our students combine studying with family life and work, and over three-quarters of our students in Scotland are also working full-time or part-time, continuing to earn while they learn. 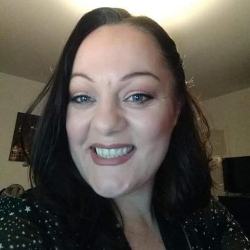 One of our actual students, Carla Belkevitz (pictured) from Clydebank, was “kicked out of the house at 14”. Last month she gained an OU Bachelor of Arts Honours degree.

She says “I didn’t think university would ever happen for me. Along came The Open University and they opened their doors and gave me the chance. I can honestly say I’m so proud I managed to do it.

“I cannot explain the sense of achievement I feel right now and the value of proving to my kids that you can achieve anything.

“If there’s anyone out there that thinks it’s an insurmountable obstacle then please don’t. Please knock on that Open University door, it’s open to anyone.”

Being accessible to everyone is what the OU is all about. More than half of our students in Scotland study for free with a part-time fee grant for those with a personal income of less than £25k. Students can enrol for one module at a time, choosing whether or not to build up a certificate, diploma, or degree. And our award-winning free online learning platform, OpenLearn, is full of free courses for people of all ages to try.

This year the Edinburgh International Book Festival is free and online too. We’re long-time supporters of the festival and its values of access and inclusion echo our own ethos of being open to all.

We’re delighted to be supporting the festival again this year, with a particular highlight being Bernardine Evaristo in conversation with Scotland’s First Minister Nicola Sturgeon on Saturday 22 August.

Including the life of fictional OU student LaTisha Jones, Evaristo’s Girl, Woman, Other depicts the very different lives of twelve characters, from a successful investment banker to a newly acclaimed playwright. Most of the characters are Black British women; an under-represented voice in fiction. It recently became the first novel by a Black British woman to top the UK paperback fiction chart.

Nicola Sturgeon recently described the book as “Beautifully interwoven stories of identity, race, womanhood, and the realities of modern Britain. The characters are so vivid, the writing is beautiful, and it brims with humanity.” She said Evaristo is “one of our most compelling contemporary writer.

Evaristo’s fictional LaTisha found a new version of herself - ‘The New LaTisha…very smart and professional…after she crawled her way out of the horror movie of her teenage years’. Many real OU students find their studies with us just as life changing.

There is content related to these authors and their books on the OU’s free learning site, OpenLearn.