Taking students on a ‘learner journey’ 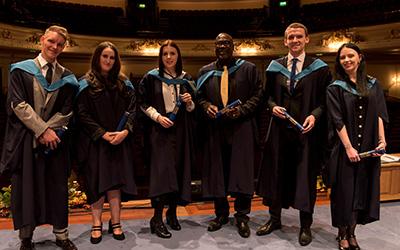 This article is by Learning and Teaching Co-ordinator at The Open University in Scotland, Joan Thomson, and was originally published in The Scotsman.

The “learner journey” is a concept which crops up in most of the literature on education policy. It’s not exactly the most user-friendly of phrases – I wonder how many students would recognise it as describing their own experience – but it’s actually fairly straightforward.  When people talk about the learner journey, they’re referring to how people move between different types (or periods) of learning.

That might be the move from school to college, between universities, or into an apprenticeship. Wherever an individual learner is on their own journey, it will be better for them (and their family and their employer and the Scottish economy) if it’s easy – or at least relatively painless – to take the next step.

Why? Because studying can be challenging enough, especially if you’ve got other things in your life to think about, like work or family. The last thing a learner needs is an unnecessary barrier before they’ve even got properly started.

Reviews of how to improve the learner journey are always replete with appropriate metaphor – how can we help the learner “navigate” the system?

Too often, we have sought to tinker in the margins, trying to make a complicated path more visible, rather than making the path less complicated.

There are encouraging signs that this may be changing. In March, the final report of the Commission on Widening Access (to higher education) argued that a “systemic approach is […] critical to drive progress. The report identifies a number of areas where early learning providers, schools, colleges and universities need to work more closely together to deliver the best provision for learners”.

The Scottish Government’s Programme for Government, published in September, reiterates its commitment to implementing all 34 of the Commission’s recommendations. Importantly, it picks up specifically on the issue of the learner journey, promising a review that will “ensure that young people are supported to make well-informed choices, have equal opportunities to access the right options for them, and can move more easily through the education system, towards employment”.

For this to happen, the different elements of the education system need to work more closely together.

One of the keys to this is the transition between college and university. A lot of higher education in Scotland is actually delivered in our colleges, in the shape of Higher National Certificates and Diplomas. These are comparable to first and second year degree-level study.

That ought to – but unfortunately doesn’t always – mean that someone achieving one of these qualifications should have it taken into account when it comes to studying for a degree. Duplicating study isn’t useful for the learner and isn’t productive for the taxpayer.

An example of where it does happen is the work we at The Open University are doing with Scotland’s colleges.

We have agreements with colleges across the country which make clear how we value students’ college qualifications and allow students to transfer academic credit into one of our degrees.

But we’ve taken that partnership further with a number of colleges. In this “campus-based” programme, students transfer their academic credit from their HND and then complete their OU degree while still studying in the familiar surroundings of their college. It means minimum disruption and maximum flexibility for the student, increasing their chances of success and making the transition from college to university almost invisible.

Josh Malcolm, from Kilwinning, completed his OU BA (Hons) in Combined Social Sciences at Ayrshire College and had his degree conferred in October.

“Getting credit transfer was a smooth process for me. I got good support to apply for funding,” he says.

“Continuing my studies at the College was straightforward: it was a familiar environment where you know your way around the campus, you know how to access the materials at the library.

“The Open University gave me the opportunity to just follow straight on from my HND and this is where I am. It is the best thing that has ever happened to me.”

The experience of Josh, who has now started a Master’s degree at the University of the West of Scotland, shows that the learner journey can be both efficient and flexible. And his story is far from the only one like it. The key now is to ensure that we can make it the norm.

*Josh is pictured fourth from left with other students from Ayrshire College, North East College and Fife College, all of whom had degrees conferred in October 2016 following studies via campus-based programmes.