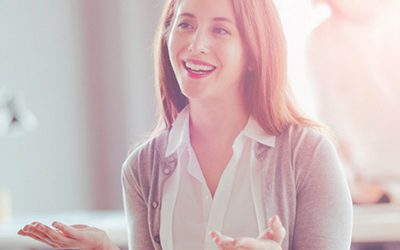 The majority of organisations surveyed in Wales (92%) struggled to find workers with the right skills over the past 12 months, according to a new report commissioned by The Open University.

The Open University Business Barometer, which monitors the skills landscape of the UK, reveals that employers in Wales are paying a high price to ensure their organisations have the skills required to remain productive. The shortfall is now costing organisations an extra £355 million a year in recruitment fees, inflated salaries, temporary staff and training for workers hired at a lower level than intended. Organisations in Wales are not optimistic, 68% feel the skills shortage has worsened in the last 12 months, this is higher than the UK average (61%) suggesting the shortage is felt more keenly in Wales.

While just over half (51%) of employers in the UK have been forced to leave a role vacant due to candidates lacking the appropriate skills, the talent shortage is felt more in Wales, with nearly three in five employers (61%) having to leave a position unfilled.

With skills in short supply, nearly three in four senior business leaders in Wales (74%) find that the recruitment process is taking longer - by an average of one month and 25 days. As a result, 70 per cent report spending more on recruitment – a total of £70 million more than expected.

While the process is taking longer, when talented workers with in-demand skillsets are identified, they are able to take advantage of their strong position, driving employers in Wales to spend an additional £142 million on salaries. Nearly half of employers (48%) were obliged to increase the salary on offer last year, typically on five occasions, by an average of £5,265 each time.

Many organisations have been forced to give up on finding appropriate talent, choosing either to hire at a lower level than intended (57%) or to leave the role vacant (61%). To address the gaps left by doing this, employers in Wales spent £56 million on training to bring workers up to the level required and a further £87 million in temporary staffing.

The financial impact is not the only drawback of the skills shortage. Over half of organisations in Wales (52%) admit they are not as agile as they need to be due to a lack of skills, and in a changeable political, economic and technological climate adaptability and flexibility are essential. Management and leadership skills are particularly important for navigating change smoothly, yet nearly two in three organisations (64%) said the role they struggled to hire for most recently was a leadership or management position, which is cause for concern.

Over half of senior leaders in Wales (56%) expect the situation to deteriorate over the next 12 months, and nearly half (49%) expect their organisation to struggle financially in the next year, indicating that the issue needs to be urgently addressed.

"Employers in Wales are spending more than £350 million a year on the skills shortage but buying skills and not building them is a short-term approach, which ultimately won't pay dividends. It is crucial that organisations take a more sustainable approach, using training to address their skills gaps from within and reducing their spend in the long-term.

"Investing in work-based training, which allows workers to earn while they learn, will help Welsh organisations to bridge the divide between the skills available in the labour market and the skills they need, allowing them to focus on stability and growth in the future. Simply put, better training and development will result in more agile, loyal, motivated and productive workforces that are fully equipped to rise to new challenges and drive organisations forward." 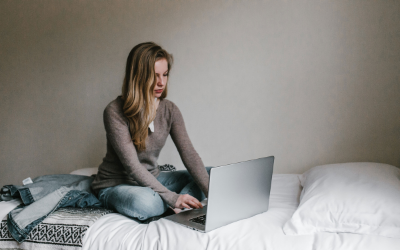 Kick off the new term in style with £500 from Santander Universities!

Santander Universities is offering OU students the chance to really kick start the academic year, with 40 development grants of £500 up for grabs. 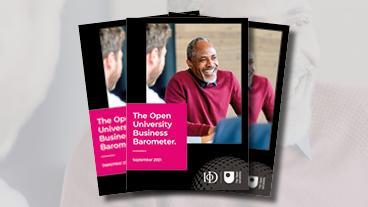