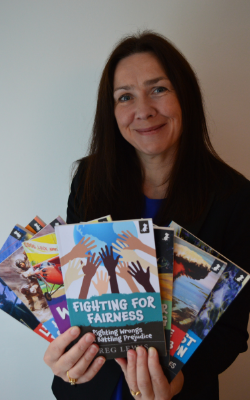 A trainee teacher has produced a new series of history books for children in Wales.

Moira Sharkey is retraining to be a primary school teacher on the OU in Wales' PGCE course after 20 years as a journalist. She knew there were so many inspiring real Welsh stories, yet few were written for children.

Moira wanted to put this right, so she teamed up with a small independent Welsh publisher, Magic Rat Books, to create a new collection of books about Wales’ rich and diverse history and its many unsung heroes who made their mark on their homeland and the world.

The books highlight the diversity of Welsh history and culture and discuss Welsh people’s roles in international stories and issues, from science to polar exploration. They teach children about previously overlooked heroes, such as the first black Welsh footballer and the first woman doctor.

“During my time working in th Western Mail and Echo offices I was privileged to learn about so many amazing Welsh men and women, to its impact on the world. Yet it is just not celebrated enough" said Moira, who is originally from Derry.

“I have used stories in my lessons and real-life artefacts from people who lived in the local community and, who despite being ‘ordinary’ people, did extraordinary things. I have seen the power of those stories as a hook for inspiring children, for making the learning real and engaging, and as a stimulus for wider topics.”

Moira is series editor on the books which include ‘Rockets, Radar and the Big Bang’, which highlights the work of five remarkable Welsh people in the STEM world; ‘Fighting for Fairness’, stories of people who have succeeded in their goals despite poverty, sexism or racial discrimination; and ‘Lest We Forget’ which is a book by two schoolchildren about their friendship with a remarkable D-Day veteran.

Moira oversaw the inclusion of chapter quizzes, glossaries and timelines. Each book also features a poem to stimulate further learning.

I have been able to trial the books in the classroom, to listen to feedback from children and even get their help in choosing covers in those early design stages. My training and experience on the OU PGCE course has given me valuable tools to think about which stories will link well to all the new Areas of Learning and provide cross-curricular opportunities.

“This has been a labour of love and I am really proud of the first set of books but this is just the beginning. There are so many more stories and so many more resources to come.”

The first eight books under the banner ‘Wales and the World’ has just been published and a whole-class and guided group reading teacher’s guide for set one is due to be published in the coming weeks. 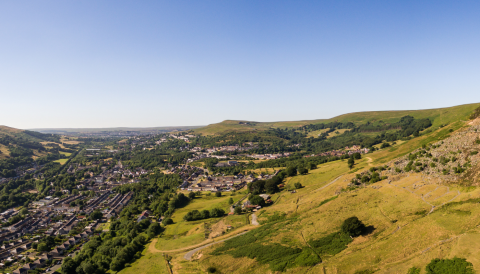 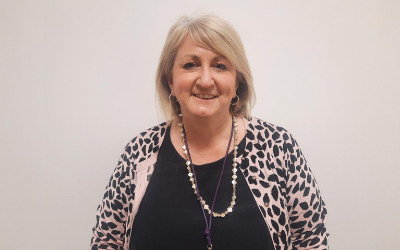 OU in Wales Director is among Society’s new Fellows

The Open University in Wales' director Louise Casella is among 66 new Fellows elected to the Learned Society of Wales.