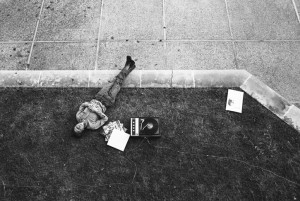 I am a Professor of Music and have been at the OU since 1989. I have written on many music modules and was Dean of Arts for several years until 2014. Now I’m safely back in Music, spending much of my time on research.

In her December Academic of the Month blog post Helen Barlow talked about the Listening Experience Database (LED) project, which I am leading. These are very busy times for the project. We have all but finished editing the proceedings of the international conference that we held in the autumn of 2015 and all of that collection will be freely-available online in April.

In the Introduction to that collection I have tried to pull together some of the issues and questions that the project addresses, especially relating to the sort of historical evidence from diaries and correspondence that we use. The evidence is, in itself, quite challenging. Past writers (including the sort of eighteenth-century characters that I’m interested in, as well as more recent figures such as Benjamin Britten) often don’t tell us how they reacted to the music they heard. Instead they leave ‘peripheral’ data such as who was at the performance, what the venue was like, etc.

So does that mean that people who leave this sort of evidence did not listen to music in a concentrated way? Did they just hear it, but not pay too much attention to it? Were past listeners not so good at listening as today’s audiences? It turns out that they were probably very much the same as us – some listened in an absorbed way, some were deeply affected by what they heard, but others concentrated more on the context of their listening (people, places, etc).

That’s just a taster for now. You can hear more if you come to the Royal College of Music on 9 March (http://www.rcm.ac.uk/events/seasonhighlights/musicandideas/) or the Mitchell Library, Glasgow, on 29 March (details available soon).