I work across the department’s curriculum, and in particular on the MA in Music. Students on Part 1 of the MA have just finished this module, while the Part 2 students are working 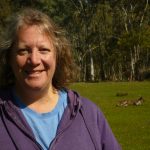 towards submitting their dissertations. We’ve seen some wonderful, highly original work coming out of this MA, and the study day to be held this Saturday 3 June will see 17 of our Masters students coming together to talk about their projects.  I also have several PhD students, both at the OU and at the RNCM in Manchester, all working on different aspects of English music of the twentieth century. This is one of the main areas of my own research. 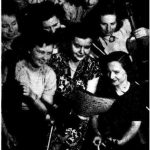 y. This involves the entirely joyous task of listening to recordings, mainly old 78s. My project is the Boyd Neel Orchestra, a string orchestra that went to become one of the important British ensembles of the twentieth century. They were particularly associated with Britten, who wrote several pieces for them, most famously his Variations on a Theme of Frank Bridge. The orchestra made many early recordings including, in 1936, Vaughan Williams’s Fantasia on a Theme of Thomas Tallis. In that performance you can hear the rich tones of the orchestra’s renowned lead viola, Max Gilbert. They gave numerous broadcasts and over 1000 live performances, culminating in an extensive tour of Australia in 1947. My research uses archival materials in order to chart the orchestra’s history, style and reception. 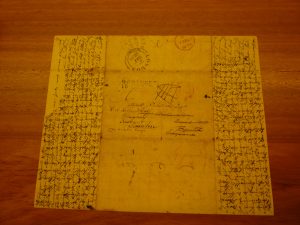 Ireland, in which I position the composer in his extended family, looking for connections that might help to explain aspects of his life and music. It’s an enthralling project which has led me to Coco Chanel, Australian pioneers, the sugar plantations of Barbados, the man behind St Pancras station, the brothers Grimm, a President of Jamaica and the owner of the Café Vesuvio that hosted the beat poets of San Francisco. Materials can be found in the most surprising places: in Canberra, for example, there is a huge batch of letters written between Ireland’s grandfather and other members of the family. They’re hard to decipher, as shown, but very rich in what they reveal. A John Ireland blog that I’ve been writing on the composer since 2013 has helped me to make many family connections, from Mallorca to New Zealand.

My other main area of research is around music and literature in Australia. I’ve just finished an article on the connections between the enigmatic author from Geraldton, Randolph Stow, and Peter Maxwell Davies. These two men collaborated on Miss Donnithorne’s Maggot and Eight Songs for a Mad King, which went on to have a somewhat unusual influence – on South Australian winemaker Peter Lehmann.