The following article is by a Ph.D student in the department:

One funny thing about doing a PhD is that you enter into the status of An Expert. By the end of the process, you should know more than anyone about this one tiny area you’ve studied in a very specific way. And PhDs can be very tiny and deep in scope. So one of the first tasks of the research project is to draw a line around what it’s possible and interesting for you to study, and in what way. 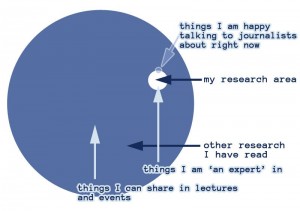 Outside of the academy, however, other people can often over-estimate your area of knowledge, or spend immense amounts of energy attacking your right to speak about a subject, and sometimes both at the same time. Yoga scholars are sometimes dismissed for not knowing enough Sanskrit, or having a guru, or a long personal practice, or visiting India regularly enough, or all manner of reasons. But it is possible to study something and be an outsider to it. It’s equally possible to study something and be an insider too. You just need to be open and clear about how you know what you know. 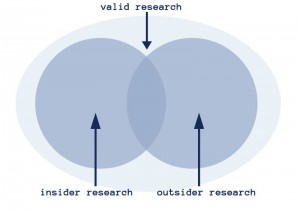 Meanwhile, in the past few years here in the UK, university researchers have been expected to measure not just the academic quality of what they do, but also the impact and engagement. The highest quality research makes change happen in the world. Maybe policies are rewritten, or guidance changed, or a professional body has a conference on what you have found out. That’s the impact. Engagement means speaking back to your research community and other non-academics about what you do. For example, this weekend I’m talking to yoga students about the most up-to-date research into the history of yoga. Impact and engagement. You can see why people might think it’s important, and why the old image of an academic tucked away in an ivory tower somewhere and never seeing the outside world is increasingly outdated.

But as a PhD researcher, my project will take, in total, between 4 and 6 years. At the end of that, I need to produce a thesis that makes a substantial contribution to new knowledge. That means the ideas in it should be all new, and all my own. It is possible to get 6 months from submitting a thesis and find out someone else beat you to publishing similar research. It doesn’t happen often, but the fear of it keeps PhD students awake at night. 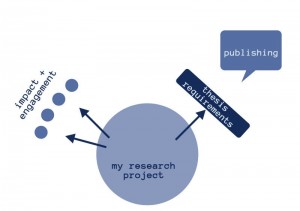 For now, and probably until the end of my PhD, I will be looking for opportunities to speak to groups of interested people; bearing pretty pictures and booklists and a lot of knowledge and I will talk about a number of things related to yoga, British counter-culture, paganism, animism, bodies, movement and consciousness in ways most people can understand. Maybe I’ll see you around?