During the last days of 2013 I found myself trying to explain to an old acquaintance why, although a non-Muslim myself, I have spent the last few years researching and writing about Islamic finance. Evidently I didn’t make a very good job of it, because eventually he pronounced that the only thing Islamic culture has ever contributed to the world is ‘some nice blue tiles’. Leaving aside any personal offence I may have taken, and without invoking the much disputed term Islamophobia (which I find problematic), this left me wondering why some people of Christian heritage seem so determined to deny that the Islamic tradition has anything to teach us at all. I believe that the area of finance and economics is one where an encounter with the Islamic tradition can be very rewarding for those not brought up in it.

It has been estimated that around1400 verses of the Quran concern money matters. These founding verses have been interpreted and built on over the centuries of fiqh, Islamic jurisprudence, to produce a rich tradition of thought on the subject.

‘Those who swallow usury cannot rise up except as he arises whom the devil has prostrated by his touch. That is because they say: trade is just like usury, whereas Allah permits trading and forbids usury.’ (2:275; Pickthall translation)

In the present public mood, where old folk hatreds of usurers have been revived in new forms, such language speaks powerfully to many.  So much so that we may now need to be on our guard against portraying all bankers as creatures of the devil.

As demonstrated by this quotation, the essential formal principle of Islamic finance is the prohibition on the payment or receipt of bank interest, referred to in an older form of English as usury. To satisfy this requirement Islamic products pay a return not in the form of fixed interest but, usually, by either the profits of trade or the rent on a property.

The wider historical context supplied by commentators indicates that all the familiar ways for the rich to take advantage of the poor were already flourishing at the time of the Prophet.  In the recent outburst of moral indignation about ‘payday’ loans I was very struck by the similarity of some of the practices of these most modern of usurers with  those condemned in the Quran; notably, the repeated extension of the period permitted for repayment in return for a whopping increase in the total amount repayable.

There is a permanent conflict between the scholarly insistence that no profit on money not at any risk can ever be guaranteed and the refusal of most investors to contemplate putting their money into anything where the profit is not guaranteed. The dominant commercial forms of Islamic finance frequently achieve an avoidance of a fixed return only in the most technical and legalistic manner. The rates of  ‘expected profit’ are quoted in a form indistinguishable from an interest rate and usually track the prevailing interest rate closely.

Some of the modern financial activity that is technically compliant with Islamic rules is just as ruthless in building wealth at the expense of the less fortunate as the irreligious sort.  A summer school on Islamic finance I once attended included a session on how to benefit from the purchase of distressed assets, which produced a disapproving reaction from many of those present, who felt that taking advantage of distressed sellers was intrinsically un-Islamic.

The Christian churches abandoned their opposition to bank interest a good few centuries ago and those who look to them for guidance now have to reach decisions about which financial practices are acceptable in the light of broad moral principles rather than a clear list of rules. The weakness of this approach is that individuals can slide into being guided by nothing more than their own opinion. The strength is that there is less likelihood of being satisfied by a purely technical avoidance of disapproved practices. Both Muslim and Christian believers can find in this reasons for viewing their own faith as superior.

If taken seriously though, Islamic teaching also demands that we refer to deeper underlying principles, and it is at this level that a meaningful encounter between faith traditions can take place. The deeper principles that emerge from the Islamic tradition can only be summarised here. Some key themes are: mutual solidarity and assurance; the sharing rather than the transfer of risk; the avoidance of gambling, speculation and non-transparent contractual arrangements; using money actively in productive trade and business.

There is nothing incompatible with the Christian tradition in this. There has always been a strain of distaste for trade in Christian culture, but we could usefully allow Muslim attitudes to help us get over that. Of course the issue of interest will always be a stumbling block to the alliance of Muslims and those of other religious backgrounds. But the promotion of the spirit of mutualism and of productive investment is an area where everyone with a concern for greater social justice, or, if that is too loaded a term, greater social harmony, can work together.

Although Malaysia is the most important centre of Islamic finance globally, the main targets of the British government’s continuing attempts to attract Islamic funds are the rentier states and extractive economies of the Gulf.  These also tend to be the main sponsors of university research programmes on Islamic finance. There is thus a danger that an historically narrow and regionally specific interpretation of Islam may come increasingly to dominate Islamic studies in higher education, to the detriment of the exploration of the wider history of Islamic thought. That applies to finance as much as to anything else. It would be unfortunate if Islamic finance became associated mostly with societies characterised by extremes of wealth and an absence of many of the usual sectors of modern economies, because its full potential is not likely to be realised in such a setting.

Countering this trend though is the ever stronger development of a truly British Islam, one with predominantly South Asian roots but now influenced and inflected by many other traditions.  It could be that the really interesting developments in Islamic finance in the UK will take place outside both academia and the large banks, who to date have made a rather poor job of realising the potential of the UK market that they once hyped so extravagantly. On the ground in deprived communities the realities of poverty and financial exclusion force activists of all backgrounds to some common conclusions. This country has a fine tradition of mutualism, expressed through building societies, credit unions and other developments of the early ‘friendly societies’. There were often Christian roots to these but in many cases the original principles have been rather forgotten. An encounter between Muslims and those from other faith cultures could reinvigorate the expression of the underlying financial principles of all these traditions.

So, on the whole, I feel that the challenge that Islamic finance presents to us is a contribution of Islamic culture to the world even more worthwhile than those nice blue tiles. 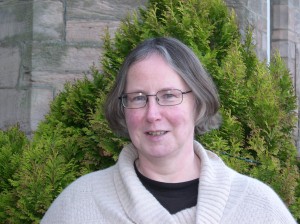