Something that makes OU module materials unique is their combination of different media: printed books, audio, video, interactive activities and online materials. In the second of our ‘behind the scenes of module production’ series I thought I’d share some of our experiences of making the films for one of our new modules, due for presentation in October 2015: A340 The Roman empire.

The Roman empire covered a huge amount of territory and a range of different environments, landscapes and cultures. Some of the earliest discussions that we had as a module team were about how we could bring this diversity to life without actually being able to take students on the ultimate archaeological fieldtrip. How could we help people to understand the essential differences between the landscape of a city in North Africa and the experiences of soldiers stationed on the northern frontier of the empire? Film was the obvious solution, allowing us not only to convey what these places are (or were) like, but also to actually move around them, providing a dynamic context for the artefacts, monuments, activities and even people who lived in the Roman empire.

Professor Phil Perkins gets up close and personal with some inscriptions in the forum at Volubilis (Morocco).

But we faced some decisions: we couldn’t film the whole empire so where would we go? After much discussion we chose three locations: Hadrian’s Wall, Rome and Hadrian’s villa at Tivoli, and the city of Volubilis in Morocco. We picked these because they are places which allow us to share the types of evidence that are important to us, but also to tell the stories that we want to tell about how the empire can be understood from the remains it has left behind. Each also has its own interesting history to explore.

We had to do a lot of preparation in advance – filming educational materials is not just about turning up at an archaeological site and pointing a camera at whatever looks nice! We had to decide exactly what it was that we wanted to use the films for and how they would be divided up, what we wanted A340 students to learn about, how we could use the fact that we were on location to communicate a sense of scale and of landscape, as well as finding and then talking about evidence that was still in situ. So it was essential that we did our research, making sure that we knew what we needed film and why. 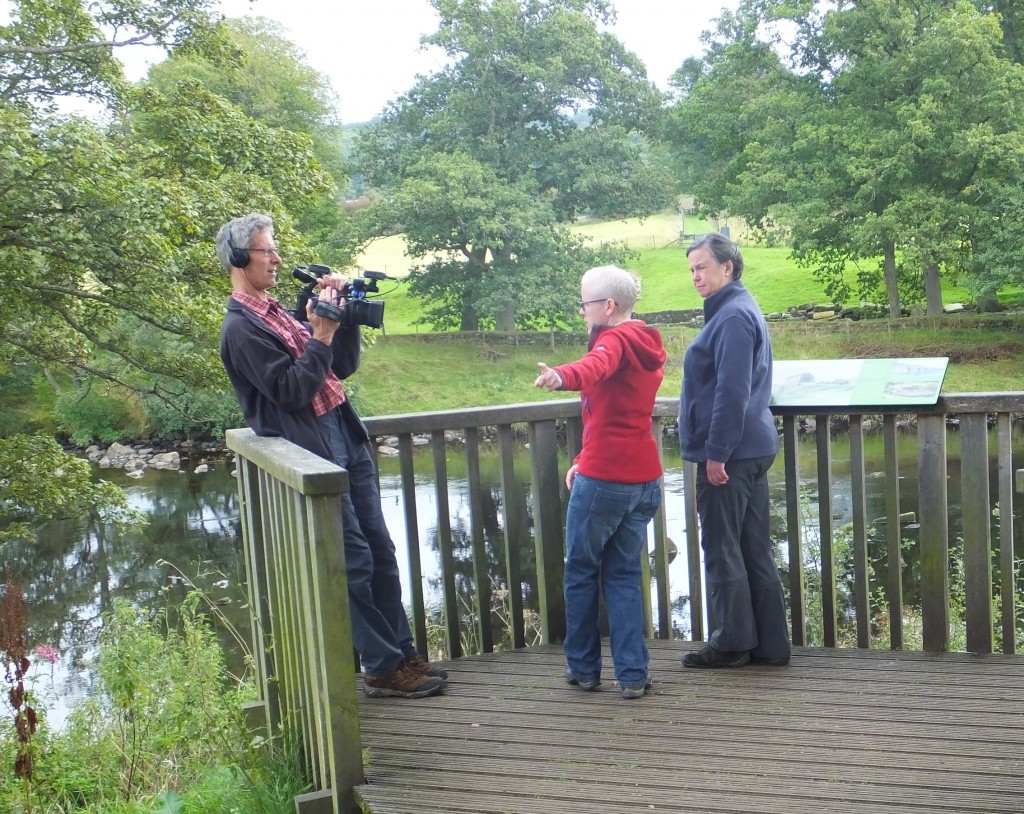 The filming teams themselves were very small, made up of an academic or two to do the talking to camera and to make sure that the right things were being shot and explained appropriately, a director (who was also often operating the camera) and, in Italy and Morocco, a local fixer to smooth the way, arrange transportation and secure filming permits. It certainly isn’t glamorous! But filming is an opportunity for a module team to think creatively about how we can best share our enthusiasm for the Roman empire and make it possible to understand these places as if you were there for yourself. We all love talking to people about how fascinating we find the Roman world and to do it surrounded by columns, mosaics and Roman artefacts only heightened our excitement, something which will hopefully be clear to those who watch! Film is also our chance to draw attention to things that you might not actually notice even if you were there: an unprepossessing line of dusty rocks is the only remaining evidence for the earliest city wall at Volubilis; that pile of stones in the corner of a milecastle on Hadrian’s Wall is actually a staircase which allows us to estimate the height of the Wall; a crumbling concrete dome at Hadrian’s Villa was at one time the latest innovation in Roman architecture. 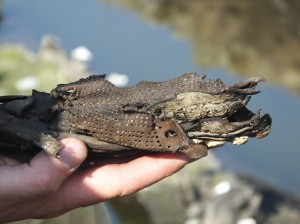 Roman leather shoe from the excavations at Vindolanda.

Filming also gives us an opportunity to invite experts to talk about the very spot on which they are standing. Lindsay Allason-Jones shared with us her enthusiasm and unparalleled knowledge about Chester’s fort on Hadrian’s Wall, whilst Andrew Birley, Director of the Vindolanda Trust, allowed us to get hands on with some of the precious finds from the site. Going to Vindolanda meant we could film archaeology in action, but it also let us talk to ordinary people and get a range of different perspectives on how we know about the Roman empire.

Each location of course had its own complications. Rome is a busy city, with traffic noise and large numbers of tourists, not to mention being prone to summer downpours and, at Tivoli, the dreaded zanzara (mosquito)! Sites on Hadrian’s Wall are spread out, meaning clambering over styles, tramping over rough ground and, in the case of our director Nick, having to walk backwards whilst filming, hoping not to fall into the 3 metre deep v-ditch! Volubilis threw up different issues, besides the heat there were cultural considerations associated with filming in an Islamic country, language difficulties and an unforeseen airline strike which led to an extra day at Casablanca airport for the team. 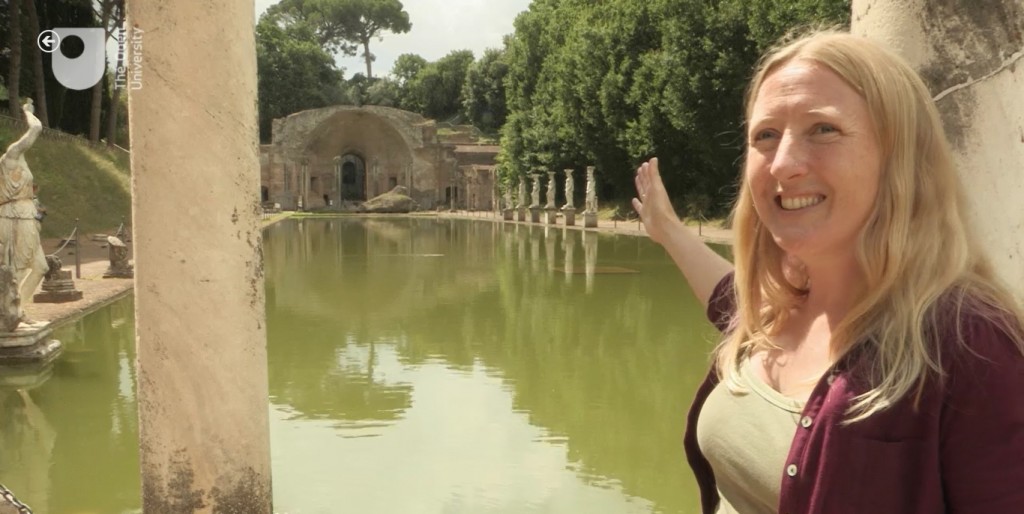 So, whilst we didn’t perhaps travel as widely as the emperor Hadrian once did, and certainly didn’t return home to fill our offices with quite as many spectacular souvenirs as he placed in his grand villa at Tivoli, we had a lot of fun exploring the empire and hope that students of A340 will enjoy these virtual fieldtrips to far flung (and not so far flung) parts of the Roman empire.

Watch this space for a taster film of A340 The Roman empire coming soon!