Earlier this month, to coincide with Remembrance Day, Classical Studies at the OU hosted a two-day international conference in London on the theme of ‘Married to the 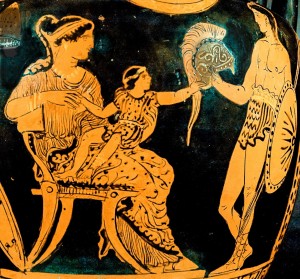 Military: Soldiers’ Families in the Ancient World and Beyond’. The idea of thinking about ways in which we might compare the experiences of soldiers’ families in the ancient Greek and Roman worlds with those of their post-classical counterparts was born several years ago when my own marriage to a serving member of the armed forces led me to reflect on the ‘military spouses’ of ancient myth (think of, for example, the Homeric Penelope as the waiting wife of the Odyssey, or Andromache as a war widow in the Iliad). It was as a result of a conversation with my OU colleague Ursula Rothe, however, that the possibility of taking a broader view, in order to consider other areas of the classical world where we might explore the theme of military families, presented itself.

While my own work tends to focus primarily on literary texts, and is grounded in the ancient Greek world, Ursula’s research looks at material culture, and has a decidedly Roman emphasis. By bringing together our complementary approaches to our discipline, and our expertise in different areas of the classical world, Ursula and I were able to put together a conference programme which drew on a cross-section of the range of sources, historical periods and geographical areas with 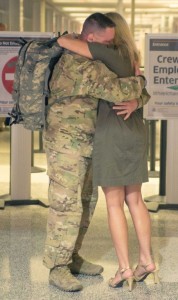 which classicists work. For a flavour of what was discussed at the event, take a look at the conference programme and abstracts, and the Storify of livetweets (#OUMTTM) from across the two days. The conference took in ancient perspectives on military families drawn from a variety of different types of evidence, ranging from Greek epic poetry and classical Athenian rhetoric through historiography and ancient material culture, including epigraphic and archaeological sources. Papers ranged across the whole geographical and chronological spread of the classical world, with case studies looking at material not just from Greece and Rome but from locations across the Roman empire, including the provinces of Pannonia, Dacia and Egypt. The topics of presentations extended beyond the field of Classics too, and included an overview of the development of modern attitudes towards the military family from the period before the First World War to the present, 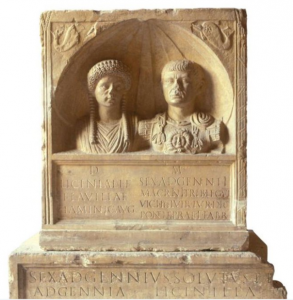 which opened up the possibilities for rich discussions relating to comparative study and a consideration of where our own area of specialism might sit in relation to other historical periods up to the modern day.

We were also treated to two keynote lectures which highlighted elements of the range of possible approaches which scholars might take when looking at this theme. Edith Hall’s talk explored classical reception studies with a discussion of Spike Lee’s 2015 film Chi-Raq and its relationship to Aristophanes’ 411 BCE comic play Lysistrata and the soldiers’ wives portrayed there. For our second keynote Penelope Allison, whose work on Roman archaeology and gender has been instrumental in shaping this field of study in recent years, took us on an illuminating tour of the development of scholarship relating to the presence of women and children inside Roman military bases. 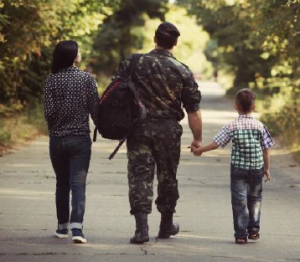 One of the great pleasures of studying Classics has always been, for me, its inherent interdisciplinarity; the field offers opportunities to work with a whole range of different kinds of evidence, from diverse geographical areas and across a wide chronological span. Working with a far-reaching theme such as that of this conference, which resonates throughout and beyond the ancient world, allows us to make fresh connections and draw fruitful comparisons between our own work and that of scholars working in other fields. The conversations which began at the event are set to continue; I look forward to seeing how this emerging network based on our shared interests develops in future.

The organisers of the conference would like to extend our thanks to the Institute of Classical Studies and the Hellenic Centre for their generous support of the event.