Like Joyce’s spectacles, (see http://www.open.ac.uk/blogs/literarytourist/?p=209), authorial garments are often called upon to imagine the specifics of the author’s body and the specialness of their imaginative lives. Sometimes this works, sometimes not.

This was Goethe’s coat, and it owes its fame to having been the coat which he wore on his journey to Italy which he recorded in his Italienreise (1816-17) – because of this, it is a perfect fit with his writerly mythos.

As anyone familiar with Dorothy Wordsworth’s famous journals knows, she was a great walker by day and by night. These white satin house-boots, however, were probably hers, but, unlike Goethe’s coat, they are remarkably unconvincing as literary objects. They are not, one might say, the right shoes for Dorothy Wordsworth the writer. 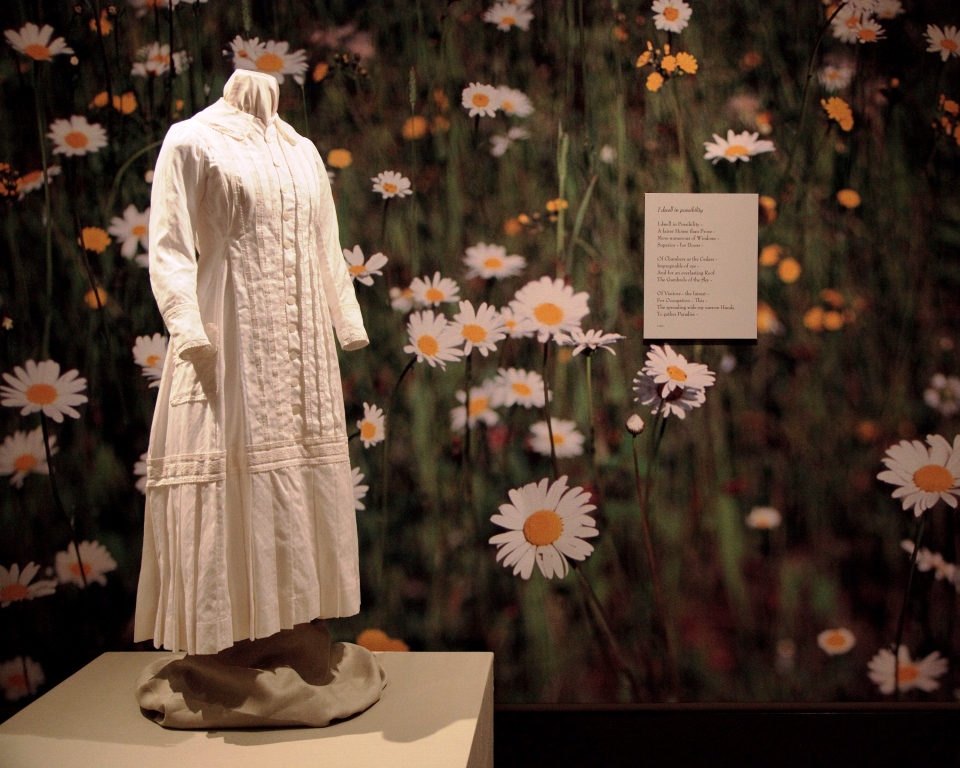 This is, and is not, Emily Dickinson’s dress. It is historically accurate that Dickinson dressed in white from her thirties and the actual dress survives complete with impeccable provenance. However, this is an exact replica, finished down to the slightest detail, made in 1999 for the Dickinson Homestead. The exactitude of the replica is not precisely the point, however; rather, the display of the dress is striking because it produces Dickinson as something like a ghostly body. As the curator Catherine Halley remarks in ‘Emily Dickinson’, Foundation News, October 22nd 2013: ‘It’s the first thing visitors see when they ascend the stairs, and if it’s a day when sunlight from the French doors behind put the front of the dress into shadow, it makes a powerful, almost animate impression… Approaching the white dress, visitors often remark on the poet’s size and stature – the dress suggests that Dickinson was about 5’3.” This one physical fact seems to rescue Dickinson from a disembodied mythology and creates instead a new and reliable connection between the poet, her poetry, and themselves as readers.’ 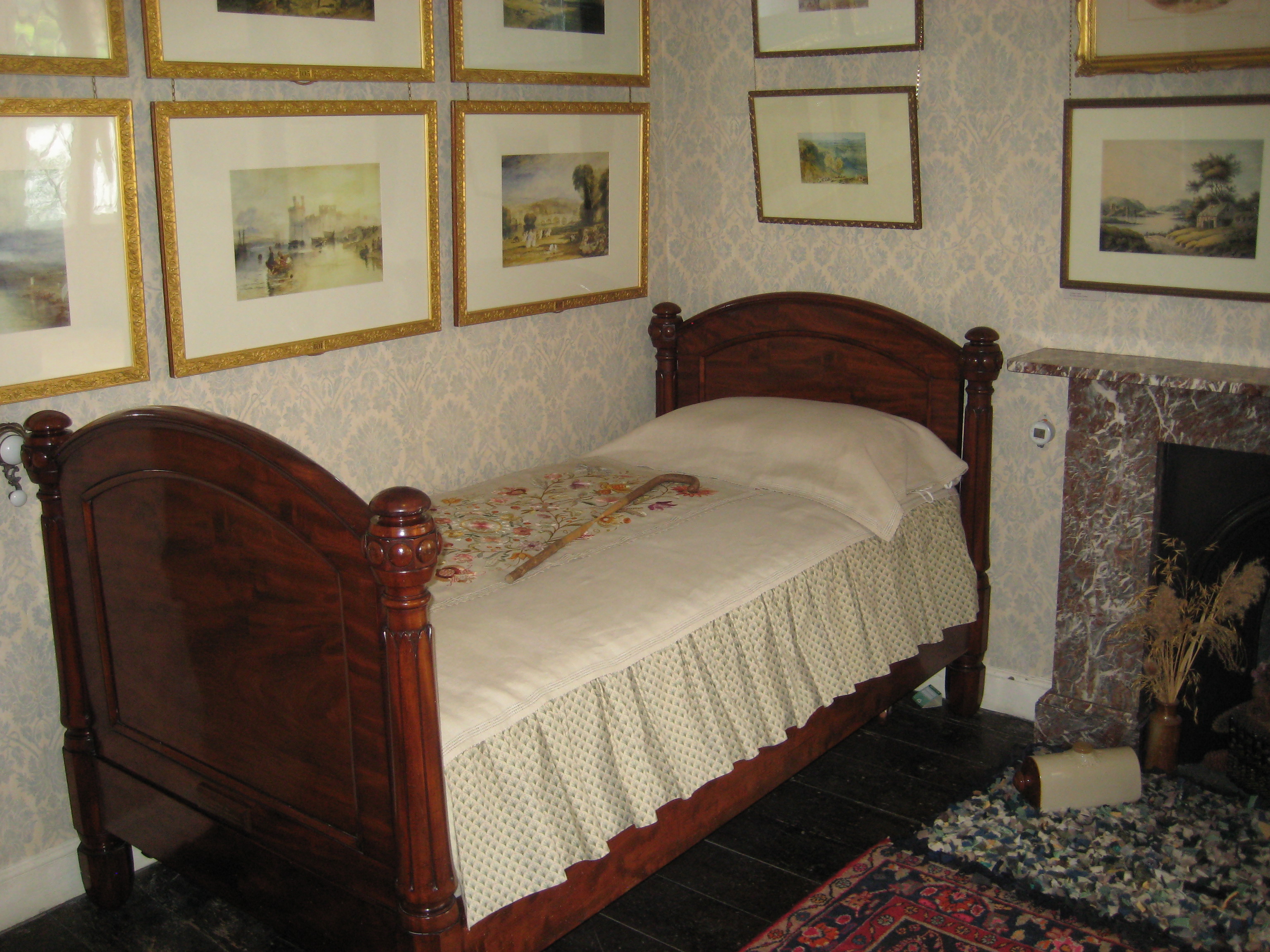 There is a long tradition of collecting the author’s walking-stick, perhaps because it certified him as a gentleman. Perhaps because it gives a measure of the man and his mortality This, however, is not actually John Ruskin’s walking-stick. Like Dickinson’s dress, it is meant to embody the writer, but it is not a replica.  It is an art installation by Samantha Clarke made as a meditation upon the Victorian sage’s breakdown [add date*]. She described it in a caption as ‘a walking stick, symbol of frailty made even frailer, worn thin and ready to snap, lies on the narrow bed where John Ruskin lay watching demons dance on the bedpost.’