In contrast to the anti-houses featured in my last post, the habit of thinking of the author in relation to domesticated animals pins the author to domesticity and embodiment. But though you might think that this also pinned the author to dumb mortality, these animals talk, and have achieved a parasitic immortality of their own.

Probably the most famous animal associated with an author is Petrarch’s cat. This is a real cat, embalmed, although it did not belong to Petrarch. It is in fact an elaborate joke first perpetrated around  1645 in reference to a portrait of the poet, and subsequently provided with this baroque marble frame and Latin verse inscription which allows the cat to address the viewer. In free translation it reads: ‘Petrarch burned with twin loves – I was the greater, Laura was only second-best.’ The cat points out acerbically that by comparison to Laura’s peripheral role as poetic inspiration, she had facilitated Petrarch’s work by keeping down the mice.  The argument being made is that writing is daily, unglamorous, done in the house, and not achieved by simply wandering about gazing into the waters of the Fontaine de Vaucluse.

Like Petrarch’s cat, this piece of taxidermy long post-dates the author. It is one of a flock of starlings first sourced for an art installation; the last left standing. It sits on the mantelpiece in Sterne’s study under a portrait of the clergyman. It references the famous caged talking starling in A Sentimental Journey (1768): ‘“I cannot get out”, the starling said’. But it also, by virtue of its placement, references the author himself. What does this wild bird, now solitary, tamed, caged, notionally talking, and stuffed for the pleasure of posterity say about the authorial enterprise? Something ironically Sternean, to be sure. 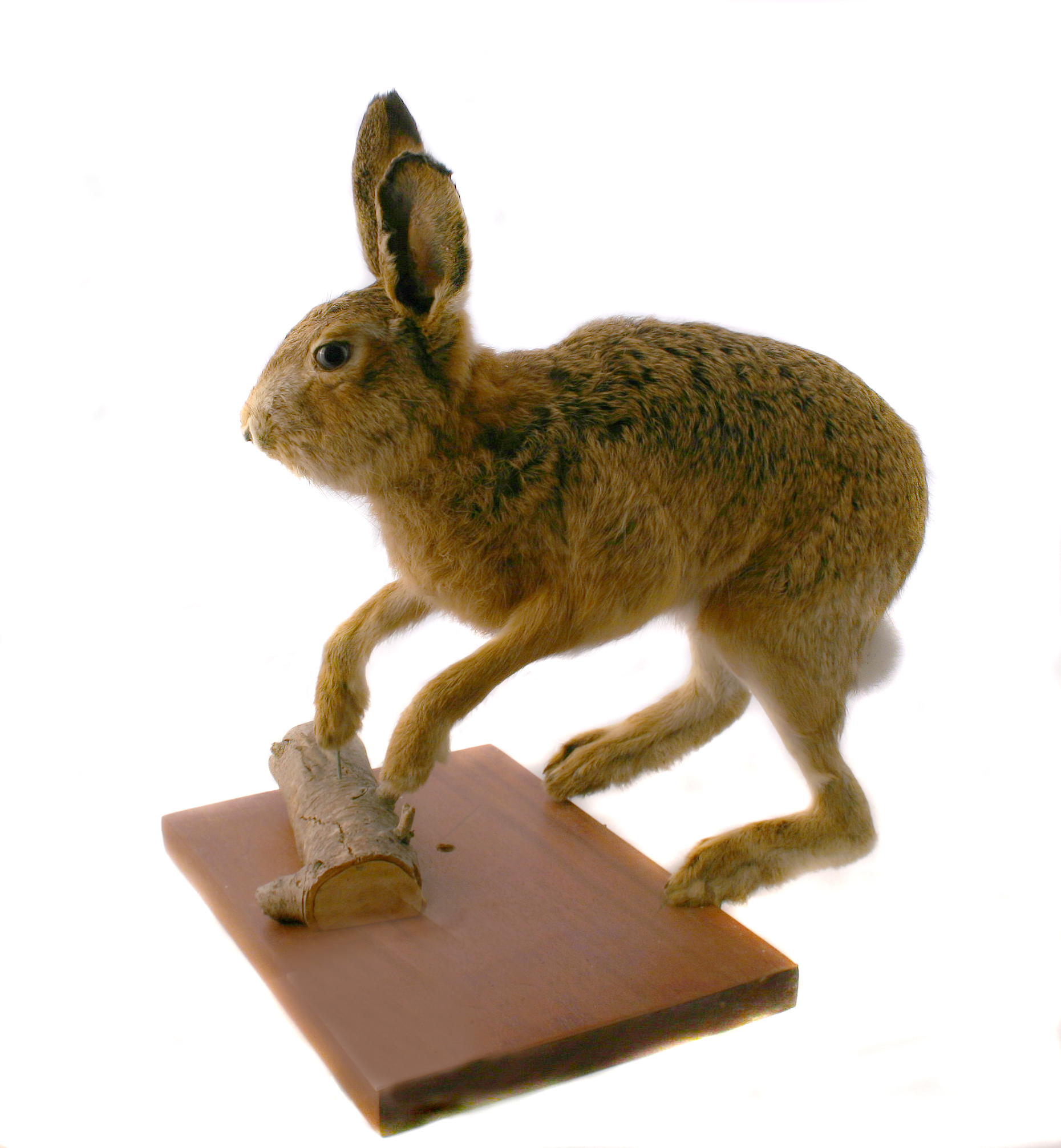 Another exercise in taxidermic installation, this time in response to the stories of William Cowper’s three pet hares (Puss, Bess, and Tiney); this one leaps through something that looks to a modern eye like a hare-flap. It is licensed by Cowper’s own self-mythologisation in relation to the three leverets he adopted and wrote about in prose and poetry. The house-museum displays the hare as an example of wildness made temporarily and unwillingly tame – ‘A Turkey carpet was his lawn’ – as good a description of the romantic poet as any.

One last example of thinking about the author in relation to the animal – this reconstruction of Poe’s student room features a stuffed Raven in reference to one of Poe’s most famous literary works, ‘The Raven’. In that poem, the Raven is a talking bird, much like Sterne’s starling. It repeats the same phrase in answer to every increasingly distressed question the bereaved and grief-stricken poet puts to him:

On the pallid bust of Pallas just above my chamber door;…

Shall be lifted – nevermore!

Sitting large as life in a reconstructed bedroom, the Raven symbolises writing itself. Just as the Raven is both dead and alive, so too is writing (and the voice of the author), which can only ever repeat its simulacrum of aliveness.