So many objects associated with authors have become iconic because they seem to symbolise authorial imagination. But this is true of views, too, which allow the literary tourist to look with the author’s eye, and to send a postcard suggesting the experiment to a friend. 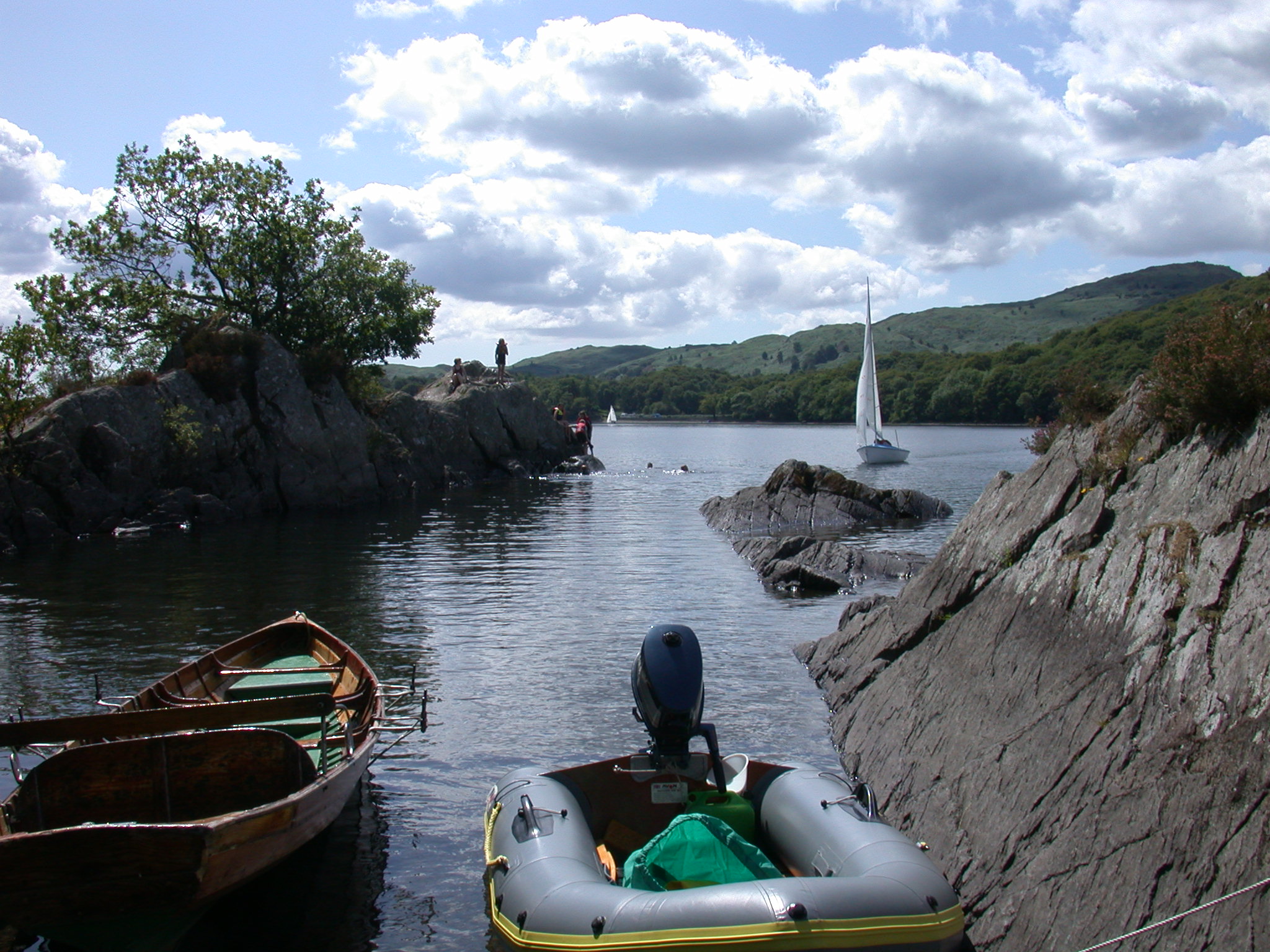 This little islet in Lake Coniston up in Cumbria is nowadays shown as ‘Wild Cat Island’ after the island on which the children camp in Swallows and Amazons (1930).  It’s roughly topographically accurate in itself (there’s somewhere you can land) although it is in the wrong lake – Ransome had put it in Windermere. The point, though, is that it realises, and half-promises, access to the strange amalgam of practical freedom and make-believe that Ransome’s child characters bring to their sojourn on the island. 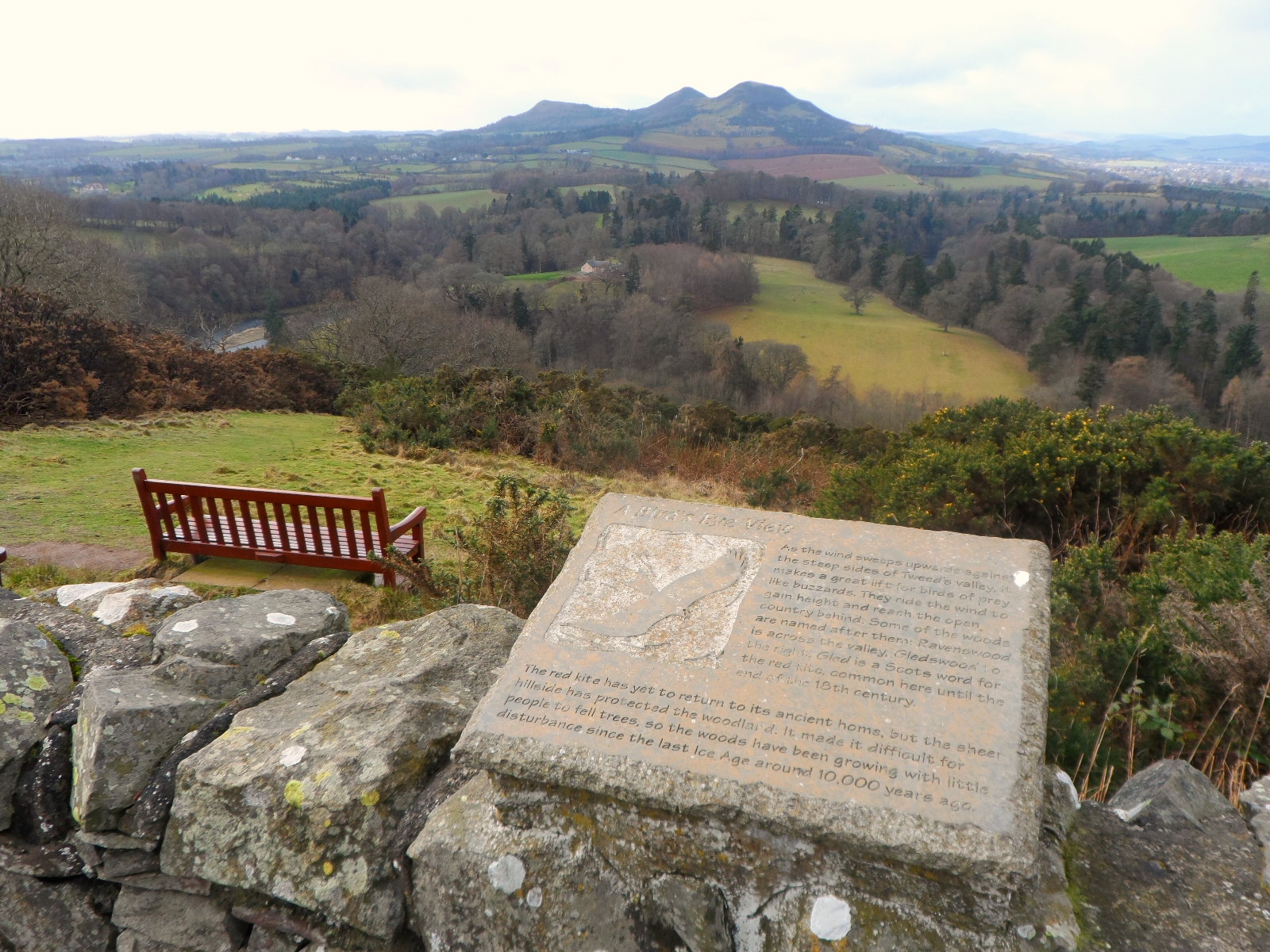 This view across to the Eildon Hills is known as ‘Scott’s View’, and it is called this both by a plaque at the spot and on the Ordnance Survey map.  Scott loved this view, partly because of the folk-celebrity of the Eildon Hills (cloven in two by his namesake the wizard Michael Scott, who shows up in Scott’s bestselling poem The Lay of the Last Minstrel) and partly because from here he could see his fantasy house, Abbotsford, set within this landscape full of poetic associations. Here his funeral cortege paused on its way to Dryburgh because the horses were so used to stopping to allow Scott to admire the view. Taking in this view was to see the Tweed Valey with the eyes of Scott as the ‘Wizard of the North’. 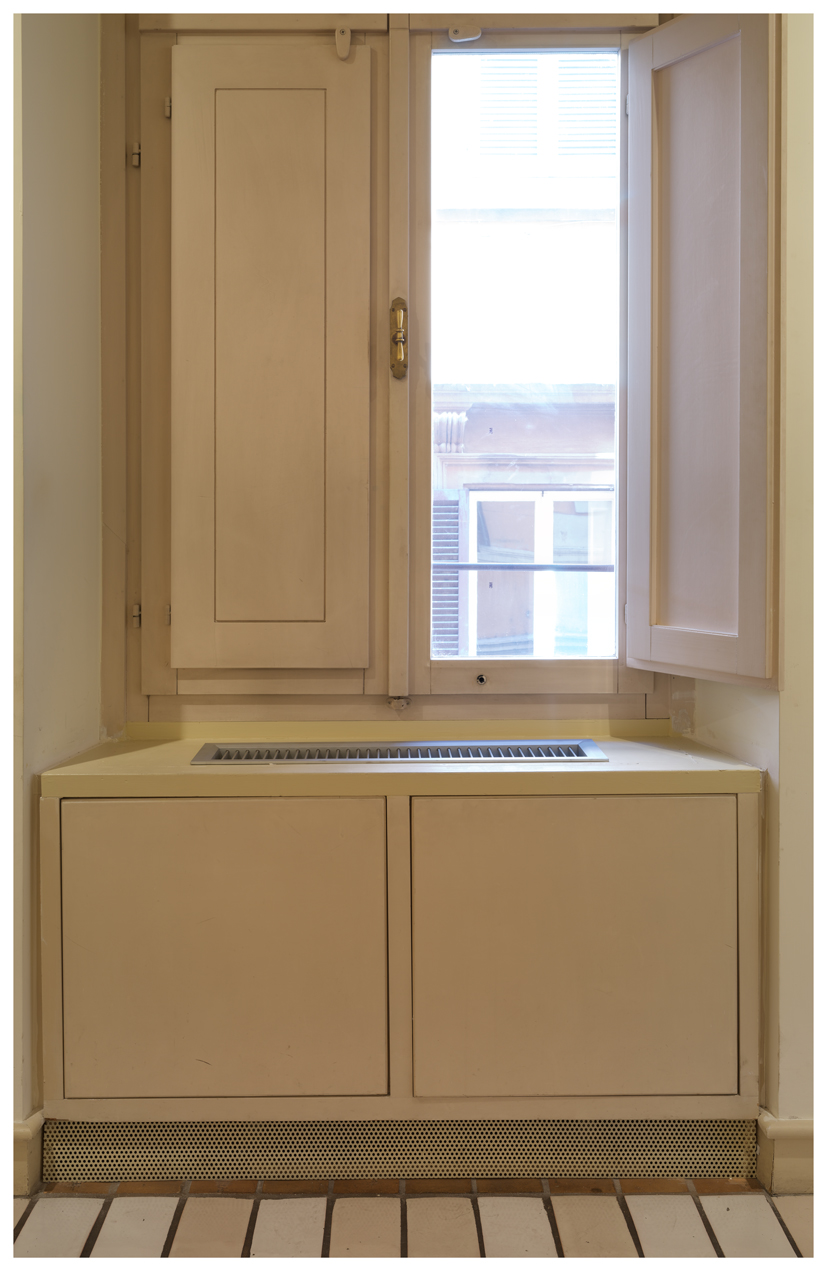 This window, and its implied street-view in Rome, owes its fame to a sketch done by Tischbein of Goethe leaning out to watch the world go by. It locates Goethe in Rome of course, but it also celebrates Goethe’s impulsive flight to Italy – a sort of gap-year or sabbatical from the tiresomeness of court-life.  Hatless, jacketless, the figure of Goethe here exemplifies the freedom of a poetic drop-out.

Bram Stoker arrived at Mrs Veazey’s guesthouse at 6 Royal Crescent, Whitby, at the end of July 1890 for a holiday. While there, he became familiar with this view, and would eventually recycle it in Dracula (1897). This image is taken from a bench placed so that you can get a version of the view of Whitby Abbey that Mina Murray describes:

I took a big, heavy shawl and ran out. The clock was striking one as I was in the Crescent, and there was not a soul in sight. I ran along the North Terrace, but could see no sign of the white figure which I expected. At the edge of the West Cliff above the pier I looked across the harbour to the East Cliff, in the hope or fear, I don’t know which, of seeing Lucy in our favourite seat.

There was a bright full moon, with heavy black, driving clouds, which threw the whole scene into a fleeting diorama of light and shade as they sailed across. For a moment or two I could see nothing, as the shadow of a cloud obscured St. Mary’s Church and all around it. Then as the cloud passed I could see the ruins of the abbey coming into view, and as the edge of a narrow band of light as sharp as a sword-cut moved along, the church and churchyard became gradually visible. Whatever my expectation was, it was not disappointed, for there, on our favourite seat, the silver light of the moon struck a half-reclining figure, snowy white. The coming of the cloud was too quick for me to see much, for shadow shut down on light almost immediately, but it seemed to me as though something dark stood behind the seat where the white figure shone, and bent over it. What it was, whether man or beast, I could not tell.

The literary tourist is obliged, of course, to supply the supernatural from memory.