Writers’ animals, explored in an earlier post (http://www.open.ac.uk/blogs/literarytourist/?p=226) meditate upon the nature of authorship and writing in relation to the body. This is true also of efforts to represent the author at more or less life-like and life-size, as dummy, effigy or statue. Here are four representative examples of how effigies think about what an author is.

Dr Johnson as a boy, Lichfield 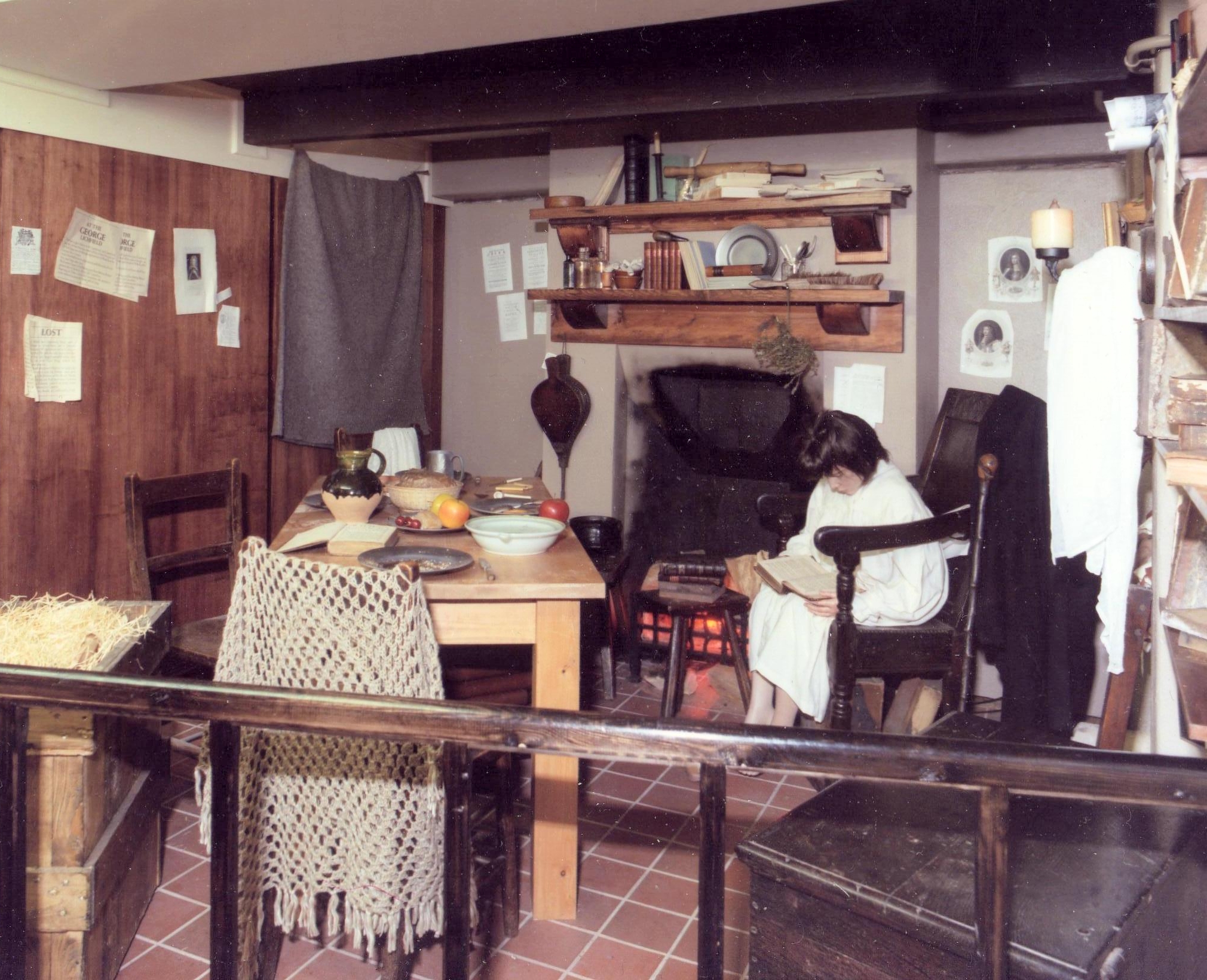 This tableau in the basement of Dr Johnson’s birthplace museum in Lichfield dramatises an anecdote Johnson told to James Boswell in later life. The tableau is remarkable mostly for conceiving the author as a boy. It commemorates the moment just before the young reader spooks himself horribly by imagining the presence of the ghost of Old Hamlet. The representation is explicitly biographical and anecdotal. To put this another way, this is the author as a character out of Boswell’s Life of Johnson.

Here’s another tableau, one of a set that enliven every room of ‘Tom Sawyer’s house’. This effigy thinks through the relation of the author to his own youth and to the way that he has reversioned it as fiction. An effigy Twain encounters his characters Tom Sawyer and Huckleberry Finn in the house in which he was himself brought up. All three are depicted in ghostly-white. They seem to meditate upon different forms of ghostliness – the ghostliness of the author in relation to his books and his origins, the strange life-likeness of the characters as they step out of books into three-dimensional space, the ghost of the boy in the man, and the man in the boy, and above all, the way that the autobiographical renders past selves ghostly through seeing them as separate. This is author as ghostly aftereffect.

This statue was erected to mark the centenary of St Exupéry’s birth in Lyons in 1900. The figure sits on top of a marble column 5 metres high. It is another meditation on the relation between the author and fictional characters. The figures describe a relation of author to writing whereby author and character have equal reality, indeed, where the character displays dominance, understandable given that St Exupéry identified himself with his creation ‘le petit prince’. The statue itself is glossed with three phrases from St Exupéry’s writings round the base. On the plinth is reproduced the last page of the novella which speaks of the prince’s death. By extension, this is a reference to St Exupéry’s own death, vanishing in a presumed air accident over the desert. The statue thus overwrites author with character and vice versa. 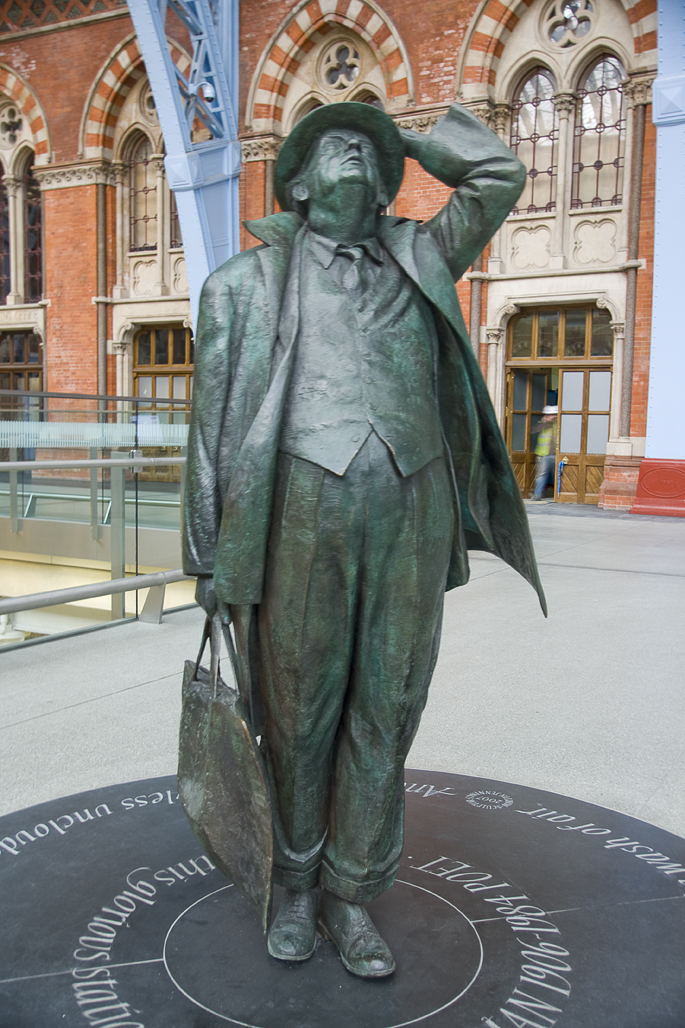 By contrast this is an everyman of a statue, a little larger than life-size but emphatically standing on the same level as those hurrying to catch their trains. The Yorkshire Post noted in its review that ‘it’s possible to believe that he actually embalmed the poet in bronze. Betjeman is so realistic that you think he is about to walk down the platform.’ This statue is biographical in that it celebrates Betjeman as an enthusiast for the preservation of Victorian railway architecture through its placement and stance. But it also celebrates him as a poet through the use of engraved quotation.  Lines from his poetry spill out around his feet. Here authorship is simultaneously described as being in and beyond the biographical body, much as the verse can bring an imagined seascape into the actuality of the station.