“Symphony” to be repeated on BBC4 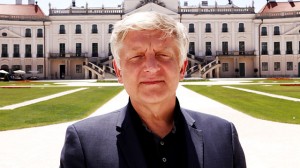 “Symphony”, the OU’s award-winning collaboration with BBC4, is to be re-screened on BBC4 beginning this Friday at 8pm. The four-part series is presented by Simon Russell Beale and features performances by the BBC Symphony Orchestra, the Orchestra of the Age of Enlightenment, and the Hallé.

The first episode is entitled ‘Genesis and Genius’ and can be seen on Friday 24 May at 8pm on BBC4. Episode two, ‘Beethoven and Beyond’ follows on Friday 31 May.