Recently, at the invitation of Laura Rival, Professor of Anthropology at Oxford University, I was privileged to join in a roundtable discussion with an Amazonian shaman, anthropologists, physicists, an ethnographic film maker, an international development scholar, a linguist and a vice-president of Oxford University’s student union. We met at the Maison Française d’Oxford to discuss “art, science and diplomacy for a plural world on a challenged planet”. Like most of the audience, the panellists were most eager to hear what the shaman, Indigenous diplomat and scholar, Davi Kopenawa Yanomami, had to say.

Davi Kopenawa is a co-author (with Bruce Albert) of The Falling Sky (2013) and an eloquent representative of his people, the Yanomami, and of other Amazonian Indigenous nations. His homeland (crossing the borders of what is now Brazil and Venesuela) has been invaded with appalling violence and destruction. Incursions by white people began in the early twentieth century and intensified in the 1970s. Diseases to which Yanomami had no immunity swept through villages throughout the forest. Deliberate acts of attempted genocide by gold miners and murderous assaults by loggers and others were accompanied by cultural assaults by Christian missionaries and functionaries of the settler states who sought to “pacify” Indigenous peoples. 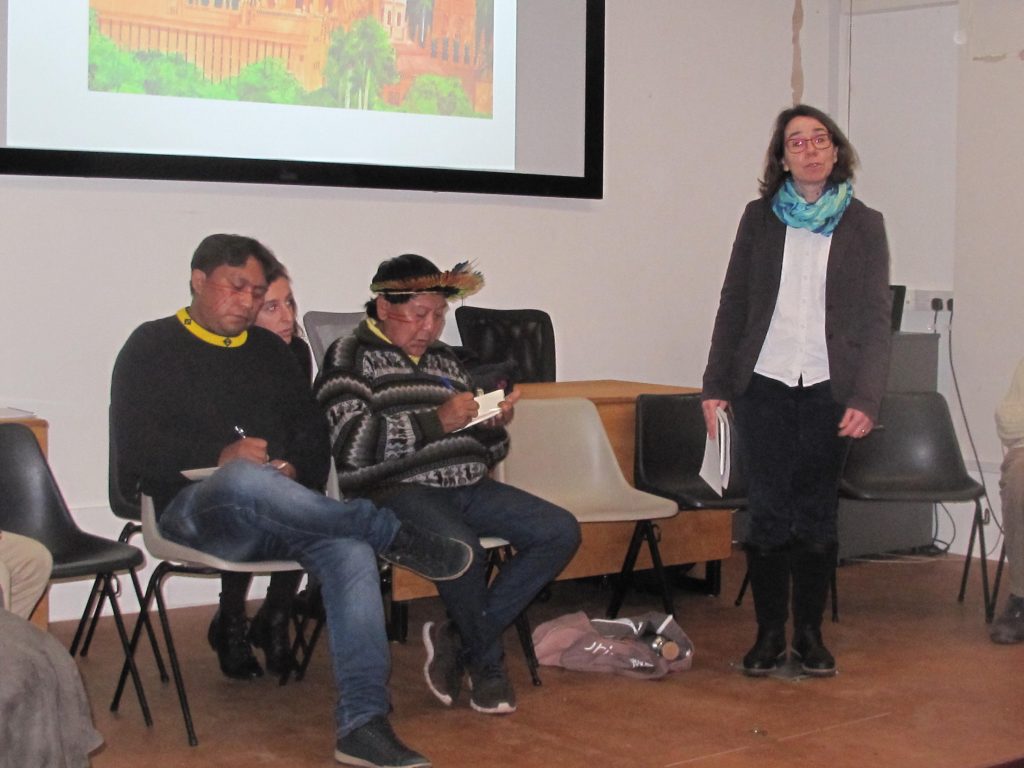 The current Brazilian regime is encouraging a new wave of extractivism which is destroying forest ecosystems and communities. In a recent move, Brazil has appointed an evangelical Christian missionary to target remote Indigenous communities for greater integration and assimilation. This is the context for Davi Kopenawa’s visit to the UK and for the roundtable in Oxford. He had joined other Amazonian leaders, including his son, Dario, in presenting a petition calling on the prime minister to condemn recent actions by Brazil’s president Jair Bolsonaro. 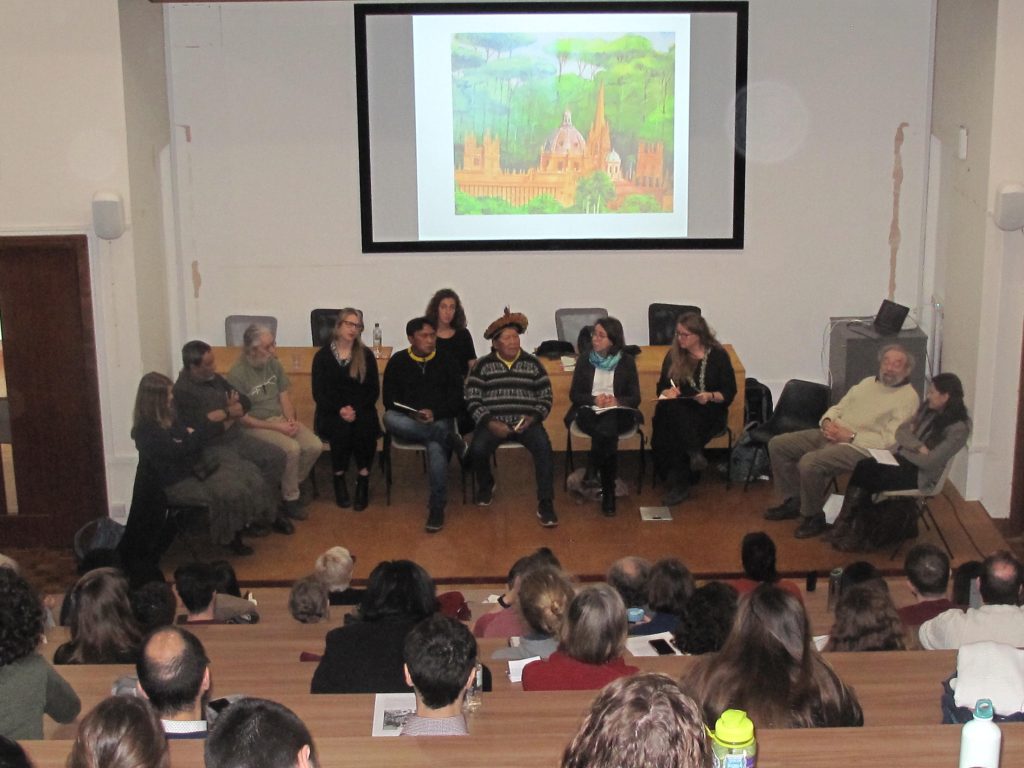 At our event in Oxford I was privileged to speak first after the introductions. In addition to offering Davi Kopenawa and Dario gifts from my homeland, I acknowledged the great influence Davi has had on scholars in a variety of disciplines internationally. His presentation of Yanomami knowledges has been inspirational for anthropologists, sociologists, scholars of religion and others involved in the “ontological turn”, seeking to understand how people relate to the world. In particular Davi’s scholarship has encouraged a rethinking of the “culture/nature” distinction which structures so much of modern Western thought and life (including the separation of “natural sciences” from “social sciences” and “humanities”). He has reinforced an emphasis on relationality – which was addressed by the theoretical and quantum physicists on the panel as they spoke about the vital importance of attending to interactions rather than to seemingly discrete particles and other objects. In this context it is almost incidental that Davi has provided exciting new perspectives on shamanism and forest ecologies. It seems remarkable that this was the first time Davi Kopenawa had been invited to speak and engage with academics in Europe. I am honoured to have been part of that gathering.