Academics often talk about the importance of scholarly dialogue. More often than not we talk with our colleagues through writing, with large gaps of time and space. Therefore, it was a breath of fresh air to be able to participate in Knut Jacobson and Ferdinando Sardella’s initiative on Hinduism in Europe (http://www.erg.su.se/english/hinduism-in-europe/hinduism-in-europe-introduction-1.326684). This ambitious project will eventually result in a comprehensive edited volume published by Brill, with thematic chapters as well as country profiles covering ‘Hinduism’ in Europe. 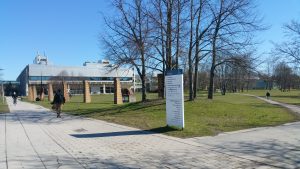 ‘Hinduism’ is widely acknowledged to be a problematic term. The conference included self-conscious discussions of the creation of Indology and the academic study of Hinduism. This is something that was grappled with differently in each national context, though patterns and international exchanges are also central to understanding how Hinduism has been defined and understood.

In many northern European post-soviet states, there are still no substantial groups of Indian migrants. Until recently in this context, Hinduism was only represented by academic study and in esoteric religiosity.  After 1989, a number new transnational groups have established a presence most of these areas, the most common being ISKCON, Sahaja Yoga, Transcendental Mediation and the Art of Living Foundation. 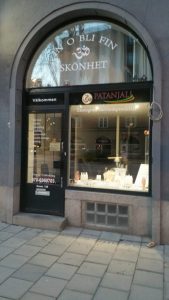 Yet even amongst the Eastern European states, experiences of Hinduism have varied considerably. ISKCON has found particular success in the Ukraine. In Bulgaria, there is a long history of yoga as sport in Adult Education. Various Romanian individuals have consistently turning towards India for inspiration despite considerable practical and political pressures.  The contributions on Hinduism in Russia and Turkey were especially valuable for bridging the mixed experiences in the geographically continuous – but culturally and religiously diverse – territory bridging Europe and Asia.

In some countries, specific colonial histories have created immigrant groups whose voices dominate national discussions on Hinduism. In Britain, the well-organized voices of BAPS Swaminarayan and ISKCON dominate national debates on Hinduism. This often partially silences the more inward-facing communities of Tamil refugees who fled Sri Lanka’s Civil War.  It is this Tamil-refugee population that forms the majority of Indian groups in France and Germany.

In contrast, Hinduism in The Netherlands is more defined by its particular colonial legacy of Indian immigrants from Suriname, originally indentured labourers from Bihar and Uttar Pradesh. In all national contexts, we heard about the negotiations between specific groups and the legal and cultural restrictions on building public temples, or holding large public events. 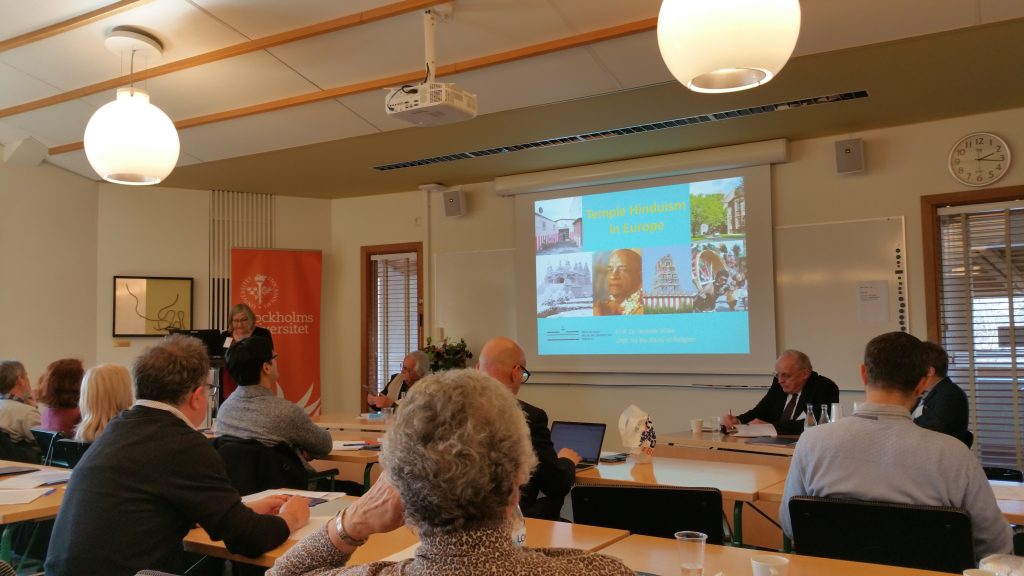 I was asked to contribute on the subject of ‘Yoga in Europe’, which I know mostly from a British context and English-language based research.  Therefore, it was refreshing to have input from such a variety of political, cultural and linguistic contexts. Other thematic contributions also enriched my understanding, notably papers elucidating the esoteric and Ayurvedic narratives across Europe.

I left enriched, beginning a process of re-evaluating my understandings. I now have a greater appreciation of distinct transnational flows and specific migration patterns; I have more knowledge of local histories, the diversity of related linguistic and conceptual categories and country-specific political pressures.

This conference was a model in the importance of considering contemporary religion in historical – and comparative – perspective.