Walking through the old town of Nicosia, perched between two olive trees, Theo encountered graffiti of a snarling creature with red eyes in the grounds of a church. Besides the illegible signature of the artist there is no text accompanying the image, but the demonic imagery and its strategic placement – directly facing the north façade of the church – leaves little room for interpretation. Surely this is an act of resistance and opposition to the yellow limestone and hagiographies of the aging building?

Such imagery serves as a background to the everyday discourse of unbelief, especially among the youth of the city. But why would non-believers revel in such apparently occult imagery? This might seem contradictory, given that unbelievers, by their very nature, are thought to tend towards rationalism as a set of logical ideas and assumptions about the world. Yet, as we write in our previous blog post, part of what we need to grasp here are the grounds on which people reject mainstream religious beliefs.

As we progress with our fieldwork, we often find that the association between explicit declarations of unbelief does not necessarily go hand in hand with an emphasis on rational scientific explanation as the only basis for knowledge. On the island of Rousay in Orkney, where Richard is based, abandoned kirks punctuate the landscape, and only a tiny handful of the island’s population of 200 attend the regular service in the church centre set up in the old manse (a manse is where the Kirk Minister lives, or in this case, would once have lived). As Richard was told early on when attempting to find the church, “you’ll find folk are no very religious here”. People who wanted to ‘sing Kumbaya’ were welcome to do so if they wanted, but they shouldn’t for a moment think about leaning on others to join in.

When people explain their unbelief, the starting point is very often the rejection of authority and particularly of religion as a ‘means of control’. A key theme in people’s accounts of why they consider themselves atheists is precisely the idea that religion exists (in the words of one) to “keep people in their place” or (in the words of another) “to tell us what to do as though we don’t ken ourselves”. Indeed, some would go further in locating religion as historically being in the pocket of government interests and rich landowners. (Interestingly, this was precisely the motivation which led to the Disruption of 1843, a schism in the Church of Scotland where those who opposed the interference of landowners’ right to install a minister of his choice in the Kirk seceded from the Established (i.e. the state) Church of Scotland to form the Free Church of Scotland – so this kind of dissent actually has a key role in the history of religion in Scotland.)

Likewise, in Cyprus, the formation of the state and the stratification of Cypriot society closely dovetail with the becoming of the Cypriot Christian Orthodox Church as an important and powerful force in the island’s political landscape. The fact that Cyprus’ first president, after becoming a republic in 1960, was a clergyman – Makarios III – who went on to serve three consecutive terms in office, succinctly conveys the close relationship between religion and politics in Cyprus. Makarios’ time as president was tumultuous, and his involvement in the Cypriot problem and the 1974 Turkish invasion is fiercely contested and debated amongst Cypriots even today. 40 or so years later, public opinion surrounding the Church of Cyprus’ spiritual standing is waning as a result of stories such as its involvement in the 2013 Cypriot IMF bailout, or its recent ambition to invest in the tourist industry. “I don’t believe in the Church or what it stands for”, is a reactionary statement which permeates my conversations with Cypriots, and which denotes their distaste against the authority and relevance of religious structures.

Nevertheless, if we take the rejection of authority as the starting point for unbelief, it doesn’t necessarily follow that unbelievers automatically favour modes of thinking that rationalists might deem ‘magical’. In an alley behind the service exit of a bar, much less visible that the creature staring down the church, one finds a stencil of Christ wearing a gasmask. Over the stencil, the artist or someone else wrote “God doesn’t exist.” Below the stencil, a reply to the previous provocation, or perhaps a question to the person witnessing the image, in Greek: Εσύ; – “Do you [exist]?” 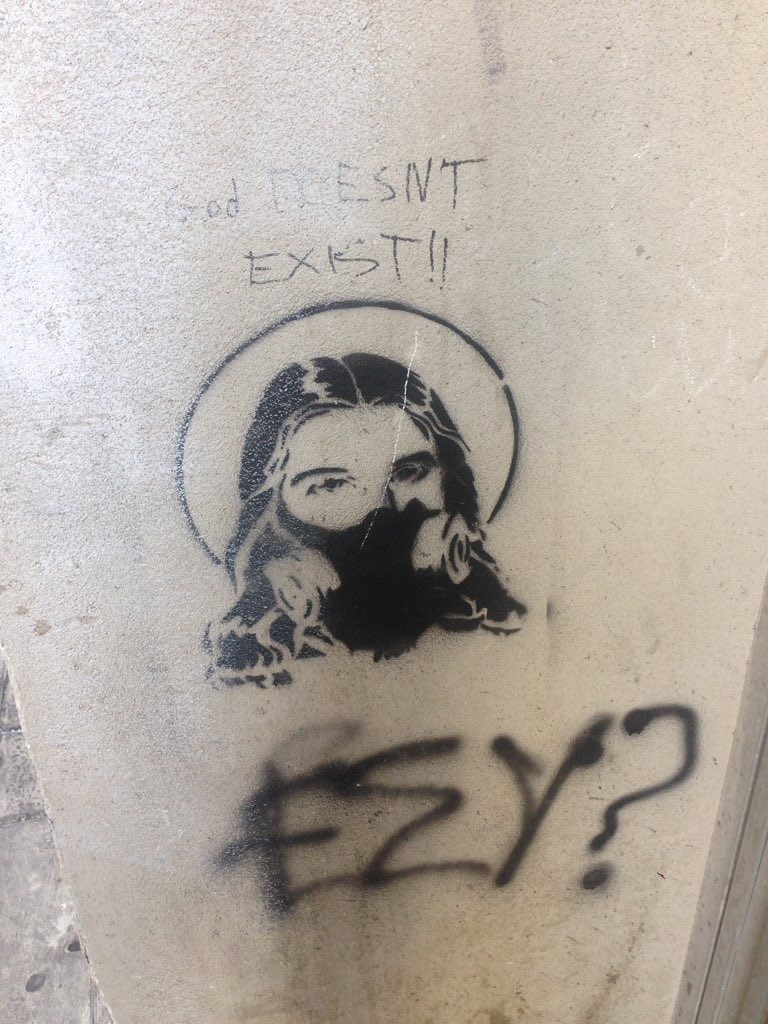 Image 2: Stencil of Christ in back alley in Nicosia. Photograph by Theodoros Kyriakides.

Can one exist without belief in something? As the above image suggests, opposition, resistance and unbelief to dominant religious discourse often does not lead to certainty about what one knows about the world. Rather, unbelief opens up an ambiguous grey zone of self-doubt, and a quest as to what one should or shouldn’t believe in. This grey zone is not one of rigid distinction between belief and unbelief, but rather a cognitive and social space where relations between the magical and the rational potentially proliferate.

Dowsing provides an interesting case in point here. In late November a minor controversy bubbled up in the British media after an evolutionary biologist, Sally Le Page, enquired via twitter whether major UK water companies routinely used divination to detect water leaks – only for 10 out of 12 companies to reply, often in a very matter-of-fact way that yes, some of their technicians did use dowsing rods. For some rationalists, this was a cause for uproar – how dare British water companies waste money on such superstitious methods in the 21st century: in the words of Sally Le Page, “I can’t state this enough: there is no scientifically rigorous, doubly blind evidence that divining rods work. Isn’t it a bit silly that big companies are still using magic to do their jobs?”

Yet when Richard discussed this with people in Orkney – even with those who defined themselves as non-believers and who vehemently rejected religious belief as ‘nonsense’ (or far, far worse) – it was generally met with a shrug. Especially in rural areas and outlying islands where farms and households need to drill wells for groundwater supplies, divination is routinely employed to find the find the best place to bore for water. Hence the frequent reply: “But it works.” One important thing to note here is that ‘magic’ is an externally applied term for what is simply considered practical knowledge. “No, I didn’t say anything about it being magic. I just said it works” – though crucially, it only works for those with the ability to do it. Some have it, some don’t. Here, the sense of what is ‘magic’ can be turned on its head, as in the following conversation with a contractor: “You turn on your tap, oh look, there’s water! That’s magic. You don’t even think about where it comes from, do you? But where do you think we get the water from? We have to drill for it. And you think we’re going to stop finding the water the way that does the job just because someone says so who’s probably not got the first clue about where the water comes from and how you get it?”

Here, we see clearly how anti-authoritarianism can also be deployed to reject those authorities who would deem particular practices “magic” and seek to apply abstract rules to everyday life. In this form, unbelief is not about subscribing to a new (rationalist) framework for belief: it’s about not being told what to believe.