The award-winning play ‘Trojan Horse’ is currently touring theatres in the UK (for dates and details, see here). I would thoroughly recommend seeing it, if you can. Written by Helen Monks and Matt Woodhead, originally developed by Leeds Playhouse and performed by the LUNG theatre company, this fast-paced ‘documentary play’ powerfully highlights the devastating effect that the ‘Trojan Horse affair’ in Birmingham schools has had on local communities.

This ‘affair’ first hit UK media headlines in 2014 and was linked to claims that there had been an organised Islamist plot by ‘hardline’ Muslim governors and teachers to infiltrate Birmingham schools to radicalise school children. While these allegations remain unproven and long-drawn-out disciplinary proceedings against teachers were eventually discontinued, their impact has been significant. Not only were these allegations used to justify controversial changes in educational policies, practices and government PREVENT guidance for schools, registered childcare providers, universities and colleges in the UK to include ‘non-violent extremism’. The way the Trojan Horse affair was presented by the media and used by politicians has also had a serious, long-lasting and damaging impact on the local communities concerned. Based on testimonies from more than 200 hours of interviews with about 90 witnesses, the play gives voice to previously neglected perspectives of members of local communities that were involved, including school children, teachers, governors and members of Birmingham city council. 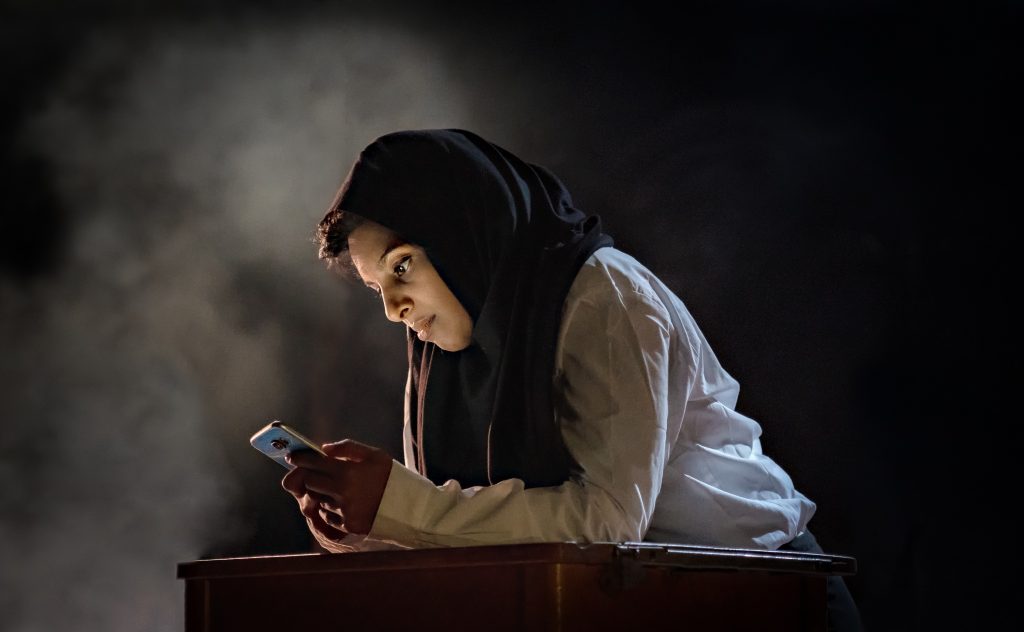 The LUNG theatre company has been keen to engage its audience and to attract and involve members of Muslim communities. For every performance, 30 headsets are offered with Urdu translations of the play and free tickets have been made available to members of local Muslim groups. The actors include Qasim Mahmood, who grew up in Alum Rock, the location of Park View Academy, one of the schools at the centre of the Trojan Horse affair. The performances have also been followed by after-show panels and audience discussions with John Holmwood, Professor of Sociology and Social Policy at the University of Nottingham, who was an expert witness used by the defence in the professional misconduct cases brought against teachers at these schools. These after-show panels have also involved leaders of local community groups, academics as well as actors and members of the production team. I have taken part in these lively after-show panel discussions to a sold-out theatre at the Lowry in Salford, Liverpool Unity Theatre and the Dukes in Lancaster. I was invited to join these panels on the basis of my research that critically investigates party-political discourses of ‘extremism’ and ‘British values’ used in the context of the Trojan Horse affair (see my recent article in Implicit Religion 21.4). 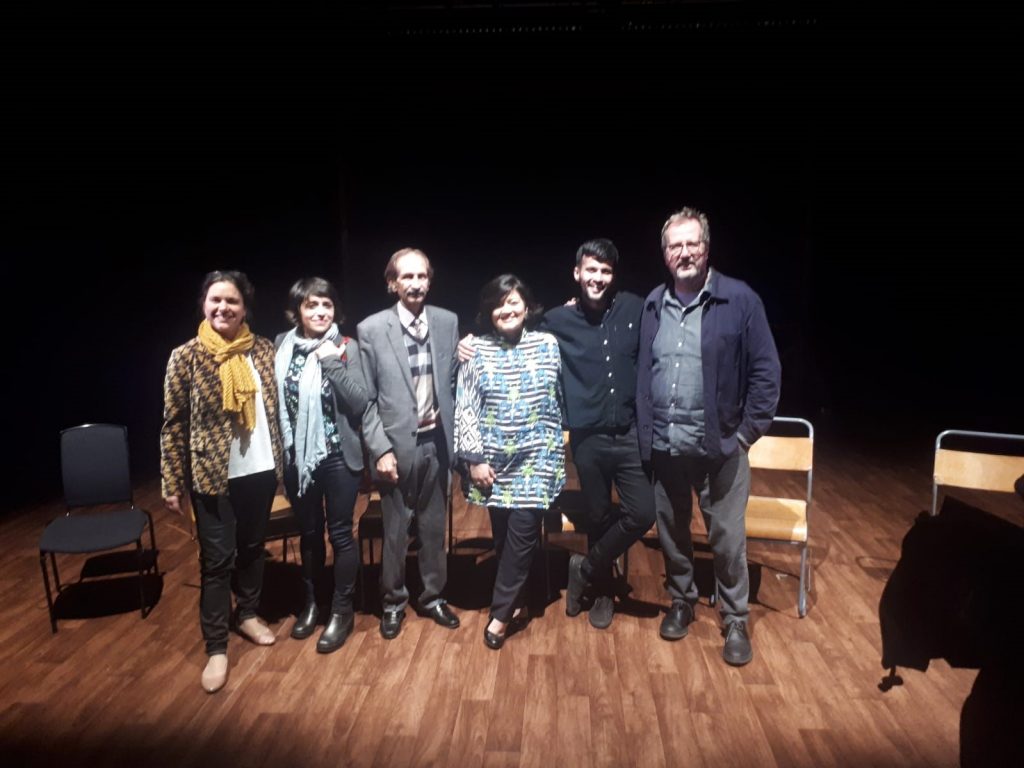 The play is touring the UK until the end of November 2019 and will also be performed in the Westminster parliament in January 2020 as guests of the All Party Parliamentary Committee on British Muslims. 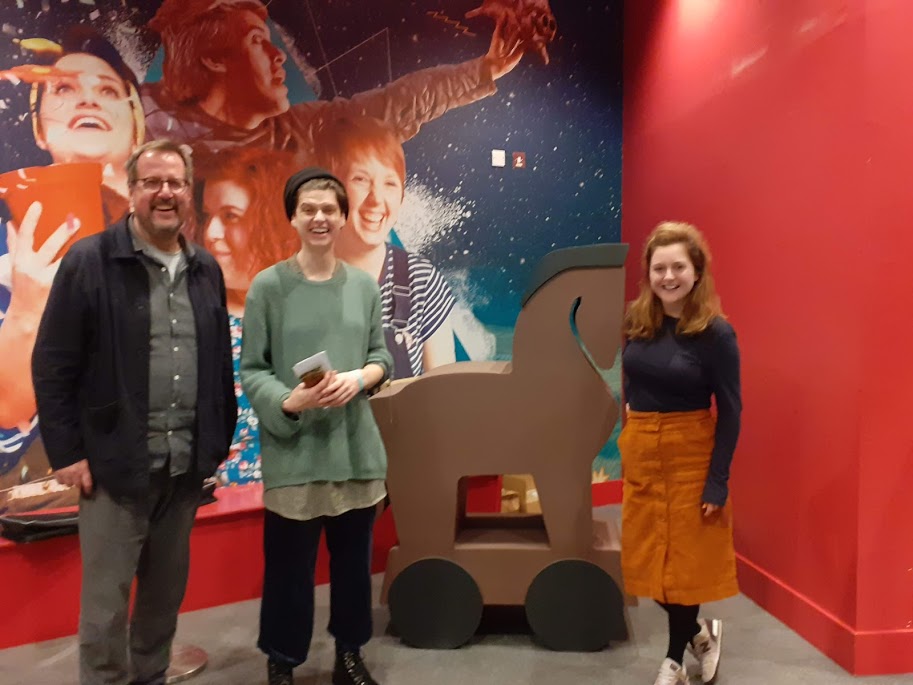 John Holmwood (Professor of Sociology and Social Policy) with writers Matt Woodhead (co-writer and director) and Helen Monks (co-writer) – and the Trojan Horse.