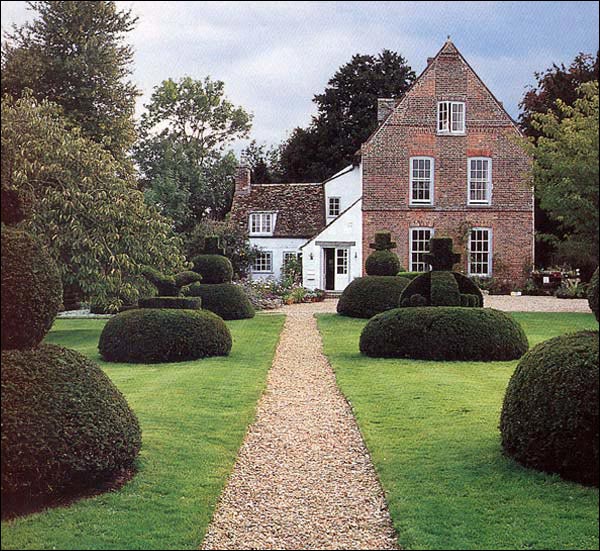 I’ve been thinking more about book illustrations and how they work to produce tourist effects, and remembering in particular another expedition I undertook with the children to the house outside Cambridge that inspired the classic The Children of Green Knowe (1954). Like Hill Top Farm – the topic of my last post – Lucy Boston’s Manor at Hemingford Gray has been preserved in the state in which the elderly author left it at her death. Owned and occupied by Diana Boston, Lucy Boston’s daughter-in-law, since the writer’s death in 1990, it is open to visitors by appointment only. It welcomes only about 3,500 a year, of whom perhaps 2,000 have come principally to see the garden, celebrated for its collection of iris. For those who have come as literary tourists, however, as we did, the tour of the house works because it so efficiently replicates the structure of the first of Boston’s series of six children’s novels (1954-1976).

A visit to the Manor House today mimics the arrival of the seven-year-old Toseland (‘Tolly’ for short) at the house of his great grandmother, Mrs Oldknow, described in the opening of The Children of Green Knowe. Arriving by boat because of flooding, Tolly, escorted by Mr Boggis, walks into the entrance hall:

As they stepped in, a similar door opened at the far end of the house and another man and boy entered there.  Then Toseland saw that it was only themselves in a big mirror….There were three big old mirrors all reflecting each other so that at first Toseland was puzzled to find what was real … He almost wondered which was really himself.

Tolly is made strange to himself, and multiplied between the real and the fictional. The effect is redoubled for the tourist, for the mirrors are all still there, and the mind’s eye momentarily sees Tolly, and Mr Boggis, and one’s own self all jumbled together in the hall. Our guide said kindly to my children, ‘you can pretend you’re two little Tollies’, and then, just like the fictional Mrs Oldknow, took us up the same way that Tolly went to bed: ‘up winding stairs … to the very top of the house’, into a room containing ‘a low wooden bed …a beautiful old rocking-horse…a doll’s house’,  a ‘wooden box painted vermilion with bright patterns all over it’ a ‘wicker bird-cage hung from one of the beams’, and ‘a big mirror reflecting all the rest,’ prompting Tolly’s response, ‘In this house …everything is twice!’ Tolly’s sense that ‘everything is twice’ anticipates the tourist’s sense of replication – everything is indeed ‘twice’ – once in the text, and once ‘for real’. Feste the rocking-horse is there, and so is the linnet’s cage. The chest-of drawers still holds ‘two curly white china dogs’ and ‘an old clock’. My girls knelt on the very window-seat from which Tolly looked out over the flood-waters and peered out towards the river.

The doubleness of the house is not just a matter of mirrors for Tolly; the attic room also contains a doll’s house that is a replica of Green Knowe:

Reiterated in miniature, the house also turns out to reiterate its past in the shape of three ghostly Restoration children, Toby, Linnet, and Alexander, who become Tolly’s companions and surrogate brothers and sisters. Tolly’s entry-points to this magical emotional world are two-fold: the hole in the floorboards in which Tolly finds the key to the toy-chest and Toby’s ‘Japanese mouse.’ Both are still there in the house. Child-visitors (or particularly enthusiastic adults…) are also offered the chance to turn the key in the chest and find Toby’s sword, Linnet’s doll, Alexander’s flute, the marbles and dominoes, and other items that call up the children’s stories. Sitting on the chest-of-drawers is Toby’s ebony Japanese mouse: only it too is there ‘twice’ – once for real, and once in replica for visitors to hold. As a special treat my children were allowed to hold the real one as well, which they preferred, they said, as it was colder, hairier, and its eyes glistened more. The mouse’s part aliveness and part not-aliveness, its realness and not-realness, perfectly summaries the visitor’s ambiguous relation with the fiction and the house. Fittingly, the replica mouse is one of few souvenirs that the house provides. The effect of uncanny twinning and doubling, whereby the real modern child replicates the actions of the fictive twentieth-century child who replicates the actions of the ghostly Restoration children, is strongly reinforced by the way that the house is preserved so as to correspond not just with the careful descriptions of it in the book, but with the original illustrations to the story which themselves insist on the detail of the contents of the attic.

Although on the dining-table downstairs there lies an exercise book containing the manuscript of The Children of Green Knowe, and a chair pushed carelessly back, as though the author had just walked into the kitchen for a cup of tea, The Manor is not presented primarily as a writer’s workshop. Rather, the house works as a physical counterpart to the texts because it expresses the same qualities of distress, nostalgia for the past, and a precariously-achieved consolation. The Manor clearly pre-existed both the author Lucy Boston and her fictional surrogate Mrs Oldknow, the loving curator of the ghosts. It is not the writer who provides the keys to the world of fantasy, but the place and its array of talismanic artefacts. In Hemingford Grey, hyper-realism and Gothic fantasy inhabit the text and house equally and simultaneously. So powerfully strange was this experience that I bought a replica of Tolly’s mouse, to remind me of it – it sits on my desk this minute. That day I watched my children walk into a book and saw how they would in their turn become the ghosts of children.