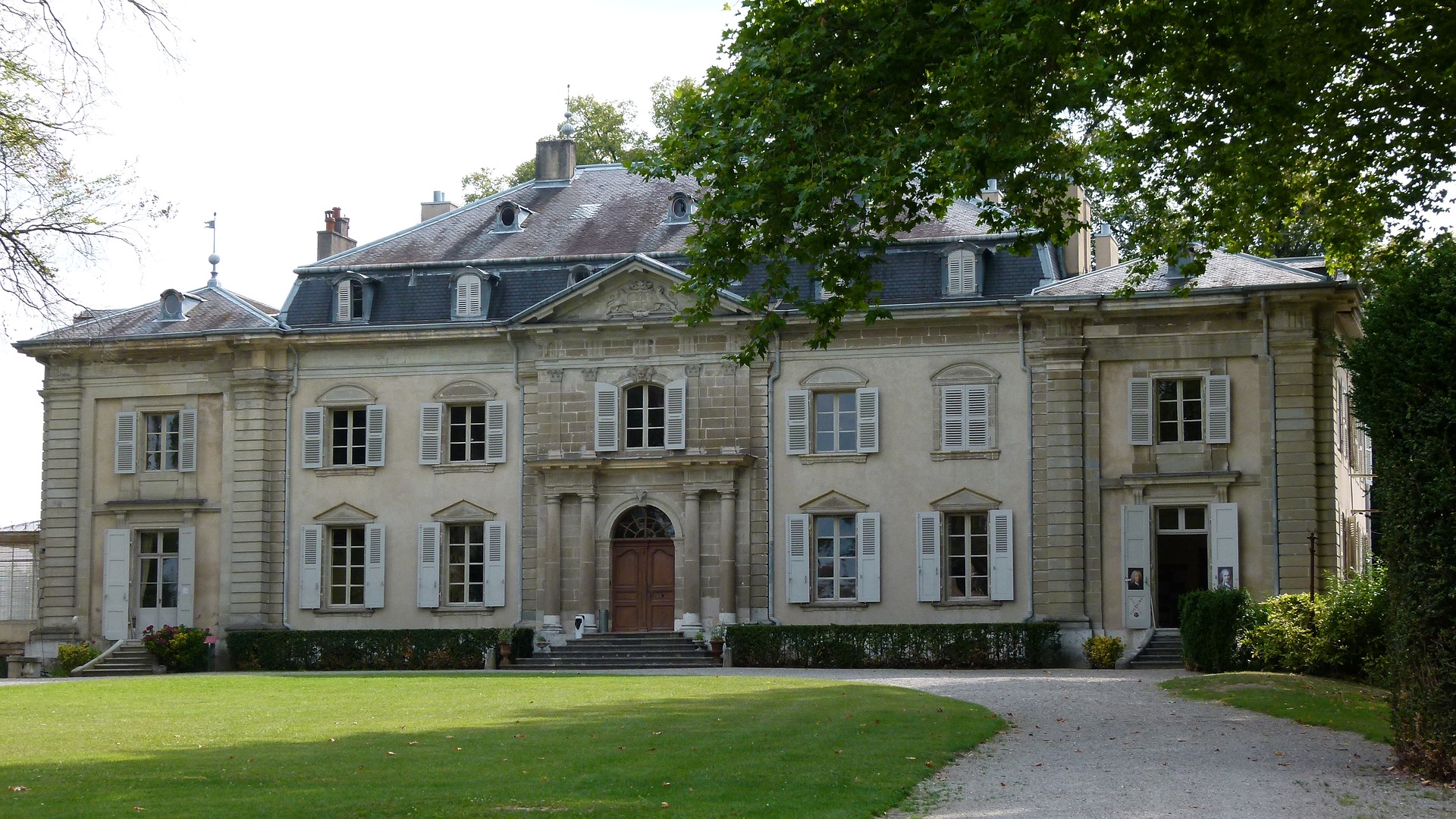 In 1764, the young James Boswell, already a confirmed celebrity hound, headed to Switzerland to visit two famous figures then living in the environs of Geneva: Rousseau, presently retired in the little village of Môtiers-Travers, and Voltaire, holding court at his chateau in Ferney just outside the city. It was not that easy to get entrance to Ferney in Boswell’s time. Actually, it’s not that easy nowadays; I have tried on two different occasions to get into the chateau, and each time it has been ‘fermé exceptionellement’ and I have been obliged to content myself with a pleasant lunch in the village. Boswell was luckier.

Visiting Ferney in Voltaire’s lifetime was a matter of strict protocol, as Boswell’s extensive description of his visit to the self-styled ‘inn-keeper of Europe’ attests. He presented himself to the seventy-two-year-old Voltaire with a formal letter of introduction, and was received in the usual way into the quasi-royal formalities of the household. Inspired by what he considered an entirely appropriate idea, he arranged to spend a night there, doing some suitable reading: as his account re-printed in Frederick Pottle’s Boswell on the Grand Tour (1953) records, ‘I went to my room, and read his Mahomet in his own house’. Boswell rounded off a lively account of his visit with an entrepreneurial plan to out-Voltaire Voltaire after the old philosopher’s death:

Our important scene must not appear till after his death. But I have a great mind to send over to London a little sketch of my reception at Ferney, of the splendid manner in which M de Voltaire lives and of the brilliant conversation of this celebrated author at the age of seventy-two. The sketch would be a letter… full of gaiety and full of friendship. I would send it to one of the best public papers or magazines. But this is probably a flight of my over-heated mind.

The plan came to nothing, but Boswell’s flight of fancy epitomises the way that a visit to Voltaire was conceived at the time: as the consumption of a display of his personal splendour and brilliant conversation that, recalled in the form of imaginary letters connecting an intellectual and social elite, could be marketed to a mass readership as a type of obituary.

It also uncannily previews the ways in which Ferney would develop as a tourist attraction after Voltaire’s death in 1778. Contemporary accounts suggest that visitors would try to replicate the experience of admirers in Voltaire’s lifetime as a way of enrolling themselves in the cosmopolitan elite. A detailed version of the tour turns up in print as early as 1783. Description de Ferney et du Château de Voltaire, avec quelques anecdotes relatives de ce Philosophe suggests that visitors will wish to admire the grounds, the view, and the chateau’s façade, look in at the church, and then present their credentials to (or at any rate bribe) the concierge who will on request provide a tour of Voltaire’s apartments, including the bedroom in which he conducted his famous levée. The highlight of the visit was viewing the allegorical shrine raised up to Voltaire in this room, an urn which originally contained the philosopher’s heart. The much transcribed inscription upon it – which, translated, reads ‘My shade is comforted because my heart is among you’ – announced to those paying court that Voltaire was still ‘at home’.

This sense of paying a formal visit to an enlightenment salon runs throughout personal contemporary accounts too. The young Russian Nikolai Karamzin, for example, in his Letters of a Russian Traveller, 1789-90, introduces his description of visiting Ferney in terms of the etiquette of paying a polite call: ‘Who, being in the republic of Geneva, would not consider it a pleasant duty to visit Ferney, where the most illustrious writer of our age lived?’ He follows the usual programme: the grounds, the view of Mont Blanc, the custodian who had to be ‘assured…of our generosity’, the admission to ‘the sanctuary, the rooms where Voltaire had lived and where everything has been left just as it was’. As this suggests, the tour was meant to evoke or even temporarily reinstate the presence of the great man. He concludes his visit in sociable, convivial, and consciously cosmopolitan fashion: ‘I took dinner at the inn in Ferney with two young Englishmen, and drank some very excellent French wine to the eternal blessedness of Voltaire’s soul’. That’s what I did, too.

Later accounts suggest that the same sort of tour was still being provided routinely by the housekeeper nearly thirty years on. Louis Simond’s description of his visit in 1817, for example, published in Switzerland; or, A Journal of a Tour and Residence in that Country is entirely conventional: here are the details of payment, the insistence that all was just as the great man left it, and the tour of the rooms, with particular attention paid to the bedroom. Though Karamzin does not mention it, Simonds informs us that the housekeeper had habitually turned a blind eye to tourist depredations on the bed-curtains, ‘which for the last forty years have supplied each traveller with a precious little bit, hastily torn off’ as a souvenir. As this suggests, there seems to have been a forgetting of the original formality of a visit to Voltaire’s bedroom in favour of a sense of Voltaire’s homely, habitual, private life conceived in terms of relics of personal belongings. In his Tour over the Alps and in Italy, Albert Montémont lists relics that he had seen during his visit in 1820, including ‘Voltaire’s bonet [sic],’ ‘the night gown, and the great armed chair wherein he used to read and write’, ‘the bed gown… and the great chair with a writing table and moveable desk attached to it, wherein he often sat.’

Though still able to please Voltaire’s more enthusiastic admirers, nineteenth-century visitors to Ferney increasingly voiced disappointment. In his Excursions in Switzerland, written in 1836, the American James Fenimore Cooper slated Ferney. He was underwhelmed by the view (inadequate); the grounds (old-fashioned); the church (deservedly now used as a storehouse for potatoes); the chateau itself (the rooms too small); and the commercialisation of the site (‘we entered the house as freely as if it had been an inn. Others were there on the same errands’). Summoning up his considerable reserves of cultural resistance, Cooper effectively refused to attend Voltaire’s famous levée: ‘His bedroom is decorated by some vilely executed prints, and his bedstead is worth just one dollar’. What seems to have bothered Cooper was that Ferney did not live up either to its pretensions or to its reputation – instead of achieving the promised entrée to an aristocratic, cosmopolitan salon for intellectuals, he found himself in a place like a public inn, overrun by tourists.  Voltaire’s crack about being ‘the inn-keeper of Europe’ is here picked up and turned against him by a dissatisfied guest who feels he did not get value for money. Let’s hope he kept his receipt.