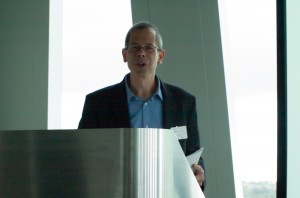 The past month has been a busy one for everyone in the department. My own activities included attending a workshop on memory, music and movement hosted by the Elphinstone Institute at the University of Aberdeen. The workshop was an opportunity to reconnect with some familiar colleagues, make some new acquaintances, and learn about some fascinating research. It was also a chance to revisit material I had last written about a decade ago – dance traditions in Indigenous communities in western Canada. You can watch a recording of the talk I gave on this page (scroll down to the video marked ‘Session 2: “In the Hot Seat”’). My talk, the first of three, is followed by fascinating papers by Jo Miller (Sheffield University) and Colin Quigley (University of Limerick).

This Thursday, 30 June, I’ll have the opportunity to participate in another workshop, a meeting of the CHASE Music Network at the OU’s London regional office in Camden. I’m looking forward to the opportunity to meet with students and staff from other universities in the Consortium for the Humanities and the Arts South-East England, including Goldsmiths and the University of Kent.

June was also a busy month in teaching, as A342, Central questions in the study of music reached the end of its first presentation. Having chaired the module throughout much of its production period, it was immensely satisfying to see it reach the end of a successful inaugural year. I’m grateful for the stellar work of the authors (Donald Burrows, Martin Clarke, Helen Coffey, Rosemary Golding, Fiona Richards, David Rowland, Robert Samuels, Catherine Tackley, Jason Toynbee, and Ben Winters), the curriculum manager (Denise Simpson), the LTS staff and others who worked closely with us (including Trevor Bray, Margaret Eyres, Alan Finch, Wendy Mears, Nigel Palmer, and Simon Rodwell), and the wonderful team of associate lecturers who guided the first group of students through the module materials (Emily Chambers, Tom Corfield, Sarah Dodds, Paul Harrison, Jamie Liddle, Malcolm Miller, and Ross Winston).

Byron Dueck is Senior Lecturer in Ethnomusicology and Head of Music at the Open University.
View all posts by Byron Dueck →
This entry was posted in Academic of the Month, Research, Teaching and tagged a342, Byron Dueck, CHASE, NAFCo. Bookmark the permalink.