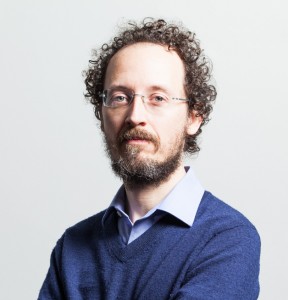 We are delighted to welcome Dr Sean Williams to the Open University as Lecturer in Music. Sean is a practice-led researcher in the field of electronic music and performance. He has published on a range of electronic music practices across genres, specializing in the Cologne studio and the music of Karlheinz Stockhausen, as well as Jamaican dub producer King Tubby. He designs and builds instruments, incorporating them alongside early electronic devices in historically informed performance practice. He has performed electronic pieces by Hugh Davies, Karlheinz Stockhausen, David Johnson and others, as well as having performed his own music internationally both as a DJ and live performer.

After several years as an independent engineer and recording artist, Sean took an MSc in Sound Design at the University of Edinburgh and continued on a PhD in Creative Music Practice with Simon Frith and Martin Parker, focusing on the relationship between performance practice, instrument design, and composition in electronic music. He was awarded DAAD funding for several months’ research in Germany, which was followed by a three-year Leverhulme Early Career Research Fellowship at the University of Edinburgh.

Byron Dueck is Senior Lecturer in Ethnomusicology and Head of Music at the Open University.
View all posts by Byron Dueck →
This entry was posted in News and tagged news, Sean Williams. Bookmark the permalink.