Posted on February 9, 2017 by Robert Samuels

A pre-concert talk, Méhul: The First Romantic takes place on Friday 10 February before a concert by the Orchestra of the Age of Enlightenment at St John’s, Smith Square, London. This is another event as part of the Department’s Academic Partnership with the orchestra. 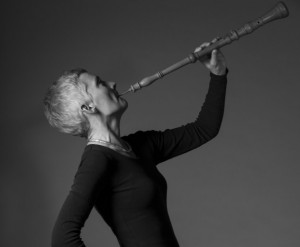 Katharine Spreckelsen of the OAE

Robert Samuels and Jonathan Cohen, the conductor of the concert, will discuss the French composer Etienne Méhul, contemporary of Beethoven, favoured by Napoleon, admired by Berlioz and Schumann, the inventor of ‘cyclic’ symphonic form.

Why did such a significant figure in the music of his time disappear so completely from the concert repertoire? Two hundred years after his death, what can modern musicians learn from him?

The concert features operatic and orchestral works by Méhul and his contemporaries, and is at 7.00 pm. The pre-concert panel discussion is at 5.45 pm.

Full details can be found on The OAE’s website.

The concert is also featured on The Guardian’s website.