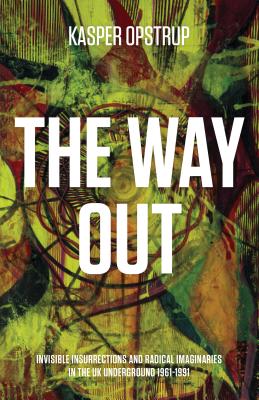 Over the holidays I read The Way Out: Invisible Insurrections and Radical Imaginaries in the UK Underground, 1961-1991, by Kasper Opstrup. I was drawn to the book because it covered the Scottish writer, Situationist and junky, Alexander Trocci, who I’ve been interested in since reading his manifesto Invisible Insurrection of a Million Minds as a few years back.

Like many of my interests, I discovered the Situationists through music: reading Greil Marcus’ Lipstick Traces, maybe twenty years ago, which traced the connections between the Sex Pistols and the Dadaist movement – and their later outgrowth, the Situationsist International. The Situationists were a sort of the political wing of Dada, and were looking for ways to “live not as an object but as a subject of history” (1997, 6). Dada was already both an artistic and philosophical movement, and Situationism made the Marxist political aspects of the movement more apparent. With Trocci’s work, this went in a more anarcho-syndicalist direction, and his attempts to found alternative communities and universities are described in Ostrup’s book, along with those of William Burroughs and later Genesis P-Orridge. I’d been aware that Trocci had connections to the Beats, but I wasn’t aware of his later connections to the later 1990s occult scene; from Trocci we go to Burroughs, with whom he collaborated in a number of projects that influenced Robert Anton Wilson, and through him influenced the Chaos Magic scene in the 1980s and ‘90s, including musician Genesis P-Orridge’s Temple of Psychick Youth. And thus we’re back to music again.

The practices described in The Way Out have similarities to some that we tend to think of as being drawn from Eastern religion and esoteric traditions. Techniques like cut-ups, automatic drawing and sigil magic were intended to break through habitual modes of thinking by destabilising language, and ultimately to escape the spectacle of capitalist society. This is similar to Zen koans or the Tao Te Ching, some of G.I. Gurdjieff’s exercises in developing concentration and awareness, and perhaps most obviously the sort of mindfulness books which are so popular today. Rather than making us more resilient in a late capitalist society, however, the aim was to create a new form of everyday life in which art and practical living were aligned, eventually creating new communities and finally a new society overthrowing the capitalist order of the day. For early Situationists like Guy Debord and Raoul Vaneigem, the creation of ‘situations’ – moments deliberately set up to facilitate immediate, conscious, authentic experience – was intended to lead to a “revolution of everyday life”. 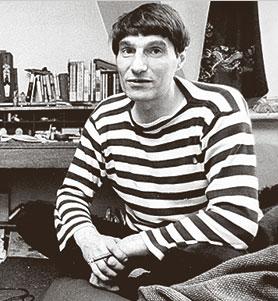 It’s worth noting that the case studies in this book of the period covered by this book are pre-Internet, or at least prior to the all-encompassing influence on the counterculture that the Internet assumed during the 2000s. All of which makes the history captured in this book the more interesting, because I think more ephemeral groups – like the Temple of Psychick Youth or Trocci’s sigma movement – will leave more easily traced footprints in the future, due to the internet’s endless archive. Nevertheless, these histories and chains of influence are vitally important for us to record; the case studies here are recent – between 6o and 30 years ago – and yet they are already difficult to trace. This subtle transmission of ideas, short-lived and loosely organised groups and often mercurial individuals suggests an epidemiology of ideas and practices through the cultic milieu which is certainly typical of such fringe ideas. Yet they are also at play in more formal and institutionalised groups too, and those further in the past.

The author seems to have been writing as something of an insider, as the concluding chapter is a call to action and a restatement of the authors’ need for alternative communities and perhaps an invisible insurrection leading to a revolution of everyday life. I don’t disagree with this, but the rich material here could have been used to marshall a more focused argument, or perhaps simply a clearer historical account. Nevertheless I enjoyed reading it, and it has only reawakened my interest in Situationism and its under-researched legacy. There is certainly I need for more work on these kind of subjects which in some ways straddle the boundaries between studies of religion and culture, and so tend to fall between the gaps as a result.